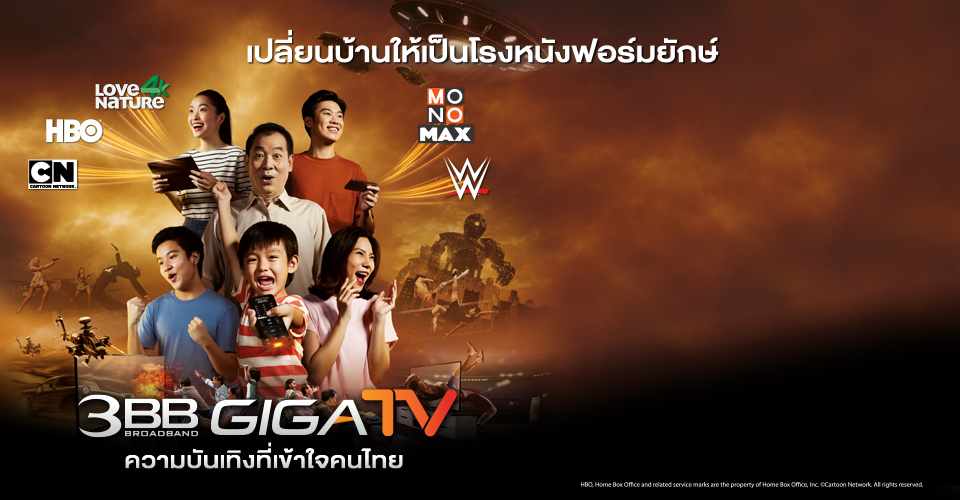 WarnerMedia’s portfolio of news, kids and entertainment channels will be available on 3BB GIGATV, a new IPTV entertainment platform which has launched in Thailand.

Yasmin Zahid, WarnerMedia’s Head of Affiliate & B2B Distribution in the region, said: “We congratulate Triple T Broadband on the launch of 3BB GIGATV and we’re honoured that our channel brands sit at the heart of its new entertainment package. We have had a great response since the launch of HBO GO to 3BB’s 3 million or so customers, and this agreement further strengthens our partnership.”

In addition to WarnerMedia apps and channels, the platform also includes the channels MONOMAX and 3BB Sports – featuring football, WWE wrestling, basketball and sepak takraw – as well as the streaming services LINE TV and OKE.

Mr. Subhoj Sunyabhisithkul, President of Triple T Broadband PCL, added: “Above all else, we want to provide the best entertainment and experience for our customers. With shows like Ridley Scott’s Raised by Wolves and Game of Thrones, as well as the best in news and kids, 3BB GIGATV – powered by WarnerMedia – is great value for all TV fans in Thailand.”

3BB GIGATV launch offers include a 1 Gbps home broadband together with the TV box. Customers can opt for one of four different packages of varying internet speeds starting from Bt690 per month.