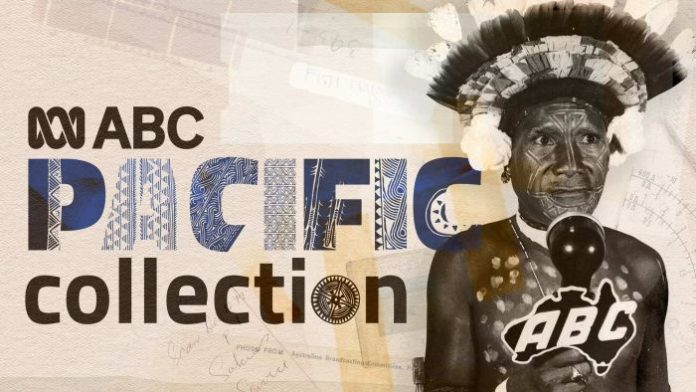 The series will also form a part of the broader Pacific Collection, a selection of photographic, audio and video content from the ABC archives that celebrates the Pacific’s rich and diverse cultures and connects Islanders with their own history.

More than a hundred items curated for the ABC Pacific Collection have been published online to date.

“As a trusted partner of the Pacific media community the ABC has been telling and sharing stories with audiences in our region for many decades, building a significant historical record in the process,” said Jo Elsom, ABC International Development Lead.

“We’re delighted to bring this content out from the archives and make it more accessible, and each month showcase the strong connections and rich history that we share.”

The Pacific Collection is the ABC’s contribution to the Digital Pasifik platform, an initiative supported by the Pacific Media Assistance Scheme (PACMAS). This media development program is managed by ABC’s International Development section working in partnership with Pacific media and funded by Australia’s Department of Foreign Affairs and Trade.

As one of Australia’s largest and most influential cultural institutions, with an archive rich in material significant to audiences in our region, the ABC is a proud content partner of the Pacific Virtual Museum initiative.

Through its online portal https://digitalpasifik.org/ the Pacific Virtual Museum has teamed up with content partners to provide an easy, single access point to material of particular significance to Pacific Islanders, enabling them to discover and explore items of digitised cultural heritage held in museums, galleries and library collections around the world.

It also shares the Pacific’s abundant and vibrant history with the world, bringing to life momentous points in time through the audio and visual storytelling that captures it.