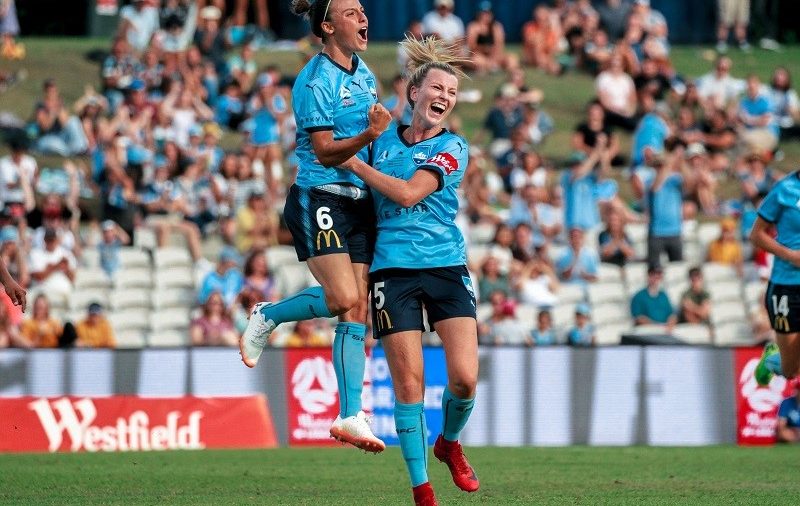 The Australian Broadcasting Corporation has secured the rights to broadcast the A-League, W-League, Socceroos and Matildas matches across the next two years.

The agreement with Football Federation Australia (FFA) and FOX SPORTS, marks the first time the A-League will be broadcast on ABC TV. It also marks a return of the W-League to the ABC after being the inaugural broadcast partner of the competition from 2008 to 2017.

The ABC’s Director of Regional & Local, Judith Whelan, said the agreement to screen A-League, W-League, Socceroo and Matildas games was significant for the ABC and would form the cornerstone of the corporation’s sports coverage over the next two years.

“We are thrilled to welcome Australian football into the ABC family,” Ms Whelan said. “The ABC has unrivalled reach into every corner of Australia and we will be using that reach to help build the profile of football. We plan to use all our platforms to drive audiences to our coverage on ABC TV and iview.”

Ms Whelan said the ABC was particularly pleased to welcome back the W-League after an absence of two years.

“We have always been a big supporter of women’s sport in this country and will use every means possible to build the biggest audience we can for the W-League.”

The ABC will also broadcast every Caltex Socceroos match to which FOX SPORTS, on Foxtel carries rights. The upcoming Westfield Matildas international friendlies against Chile at Bankwest Stadium (Saturday 9 November) and Coopers Stadium (Tuesday 12 November) will be broadcast live on ABC along with next year’s Women’s Olympic Football Tournament Asian Qualifiers.

APFCA Chair, Paul Lederer, underscored the importance of the Hyundai A-League being broadcast by the national broadcaster for the first time in the competition’s history.

“To have the Hyundai A-League and Westfield W-League on a primary free-to-air network is an important evolution in the execution of our broadcast strategy and extends the power and impact of our FOX SPORTS partnership. The ABC’s Television, radio, digital and social platforms will allow the Australian professional game to access and engage even more fans through more touch points,” said Lederer.

“The nature of the agreement and the negotiations leading to it are testament to the benefits that exist for all of the parties involved. Our commitment as Clubs is to ensure that we deliver to all of our broadcast partners Hyundai ALeague and Westfield W-League seasons worthy of the opportunity that has been created,” concluded Lederer.

FFA Chairman, Chris Nikou, was equally pleased that ABC would be a broadcast partner for the next two years.

“The ABC has been long term supporter of football on both television and radio, and we are delighted that our partnership will grow further over the next two years. The reach and audience on ABC will complement the FOX SPORTS and Kayo offerings and also that of the MyFootballLive app, allowing more Australians to access to our leagues and national teams on the device of their choosing anywhere, anytime,” said Nikou.

“We are also extremely excited about the network-wide support ABC will bring to football. ABC is the home of iconic programming that Australians have grown up consuming and we look forward to working with the network to deliver more football content and cross promotion.

“I would also like to thank David Gallop and his senior management team for conducting these important broadcast negotiations,” concluded Nikou.

Head of FOX SPORTS, Peter Campbell, said: “FOX SPORTS and Foxtel has a strong partnership with FFA and we are pleased to have played our part in achieving this outcome for them and for ABC-TV.

“FOX SPORTS is extremely proud of the contribution and leadership we have made to women’s sports over many years and we are pleased to have the opportunity to work more closely with the ABC to showcase Australian football and our talented athletes playing it. FOX SPORTS’ commitment is clear given the role we have played in bringing this deal to life.

“FOX SPORTS’ proposition as the home of Australian football is undisputed. Every match of the Hyundai A-League and Westfield W-League is only available on FOX SPORTS – live, ad-break free, from the first round of matches up to and including the Finals – delivered to customers via Foxtel and Kayo. Our partnering with the ABC for the next 2 years will open up greater opportunities to engage football supporters around the nation. For 15 years, FOX SPORTS has delivered Australia every match of the Hyundai A-League. Now, the Westfield W-League and one game per week of the Hyundai A-League on ABC will find new supporters to showcase Australia’s best footballers – both men and women.”