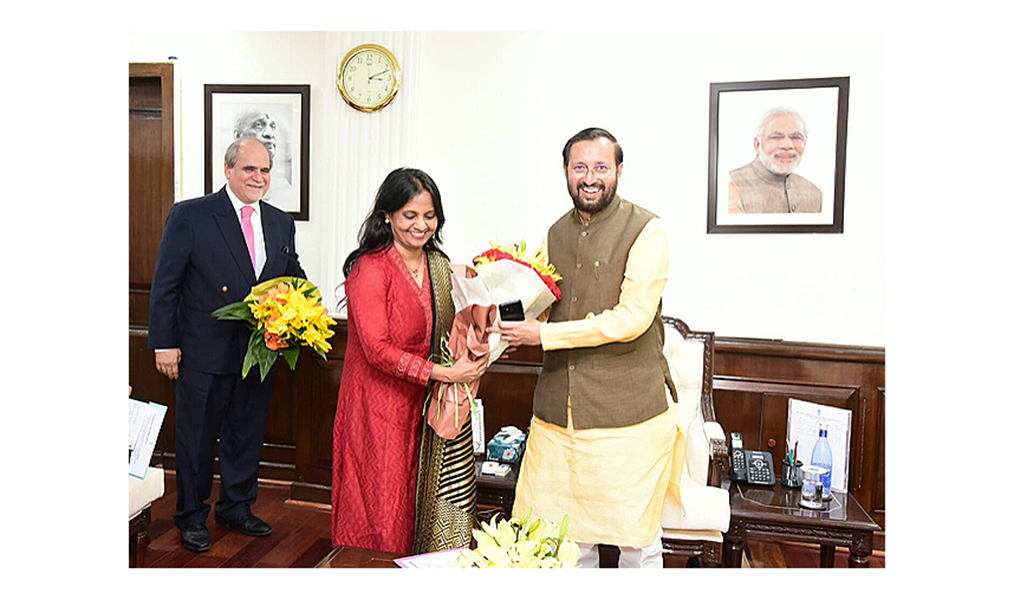 Minister Prakash Javadekar called for a closer partnership between, Indian broadcasters and ABU on news  exchange, digital technology and know- how, new media, Robot contest, climate change and disaster preparedness, among other areas. “It is essential for the ABU and Doordarshan to enhance and expand partnership on news and content exchange between India and other countries across the globe.” said Mr Javadekar.

Minister Prakash  Javadekar also emphasised the importance of reflecting news from Kashmir and other parts of India as well as focusing on saving lives at the time of natural disasters.

“Technology has changed the entire media environment and broadcasters should benefit from the opportunities offered by new digital technology to reach the audiences and serve the public,” said Minister Javadekar.

The Minister also emphasised on the technical prowess of ABU and appreciated the endeavours of ABU on newer technologies like Artificial Intelligence, Cybersecurity, cloud and IP infrastructure and enhancing experience like UHD (4K), 8K.

Mr Amit Khare, Secretary, Ministry of Information and Broadcasting who was also present at this meeting informed that the Ministry of I&B, India is prepared to strengthen ties with ABU.

ABU Vice President, Supriya Sahu emphasised that the ABU’s partnership with Prasar Bharati is at the highest possible level and both parties are determined to further enhance and expand their cooperation. Prasar Bharati successfully hosted several ABU events in India including the ABU General Assembly, ABU ROBOCON and ABU Dance Festival.

“The media industry has been greatly developed in India and the ABU is prepared to foster ties with Prasar Bharati, Doordarshan and All India Radio in all potential areas,” said Dr. Javad Mottaghi, ABU Secretary-General.