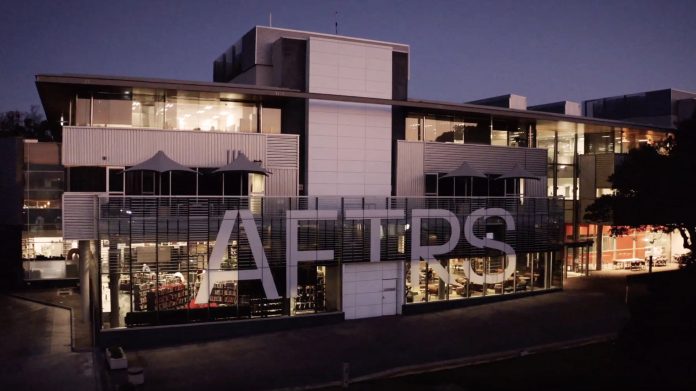 Two AFTRS student films have taken top honours at this year’s CILECT CAPA Awards. CAPA is the Asia-Pacific Association of CILECT, the International Association of Film and Television Schools.

The winners of the CILECT Awards are chosen by the community of CILECT schools, which includes 180 institutions from 65 countries. Voting panels include students, professors and staff, amounting to hundreds of members on each panel.

Kate Vinen was recently selected for Playlab Films’ development lab stationed in the Amazon where she worked with Thai Palme d’Or winning director Apichatpong Weerasethakul (Uncle Boonmee Who Can Recall His Past Lives, Memoria). She was also a participant in the Leading Lights program at this year’s Australian International Documentary Conference.

Kate’s collaborators on Acts for the Invisible included fellow Master of Arts Screen students cinematographer Petra Leslie, production designer Emily Jansz, editor Liam Clark, composer Julia Potter and sound designer Nathan Turnbull. The film is the story of a philosophical fashion designer who loses his life partner and is propelled towards an entirely new life, far away from the fashion world.

Mud Crab, written and directed by David Robinson-Smith, will have its international premiere in October, with details to be announced in the coming weeks, following the film’s recent world premiere at Melbourne International Film Festival. The film centres on a woman reflecting on her culpability, as she recounts the traumatising assault she witnessed of a young man in a small Australian coastal town. David’s Master of Arts Screen collaborators include producers Adam Daniel and Adam Finney, production designers Sharna Graham and Calum Wilson Austin, editor James Taylor, composer James Mountain and sound designer Nathan Turnbull. Cinematographer Jaclyn Paterson is a 2017 graduate of AFTRS.

“The CILECT Awards are highly competitive and recognise the very best in student filmmaking from film schools around the world. For AFTRS and its students to be awarded first prize in both the fiction and documentary categories two years running is a significant achievement. Our congratulations to the brilliant filmmaking teams and to the AFTRS teaching staff who have guided their film studies,” said AFTRS Director of Teaching and Learning, David Balfour.