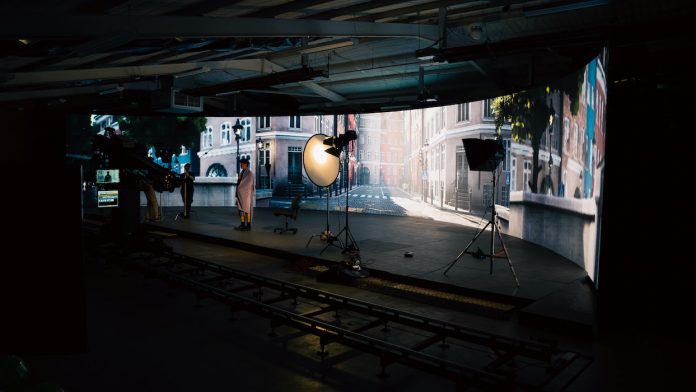 AIE Film School has chosen Brompton Technology’s LED processing to power its Virtual Production volume on its Canberra, Australia, campus soundstage, with plans for an expanded volume later this year.

“We have been exploring features of different LED processing options to make the right decision for our commercial and training project right here in Australia and in other countries in the future,” explains Lei Guo, President – Strategic Partnerships and Investments at AIE. “Brompton was chosen because its Tessera interface was a lot easier to use than the previous system. It also provided extensive features for managing how colour is represented on our LED displays as well as offering a wealth of in-camera focused features like ShuttterSync that allow for finer control of how the LED displays look in camera. We were also impressed with Brompton’s ongoing research and development work and incredible support throughout our journey.”

Guo says they had even reached out to their LED panel supplier to ensure the LED screens that were supplied to AIE were all configured with Brompton LED processing. “Brompton is the ‘Rolls-Royce’ LED processing solution. It’s easy to use, provides excellent support, and is used widely by the film industry,” he adds.

As well as Brompton Technology LED processing, AIE is using the only Technodolly that is permanently available in Australia for motion control, which is used for all LED volume filming, whilst Unreal Engine is deployed for visualisation software.

“To get started in virtual production one must learn new techniques, and there is no better way of acquiring those skills than by doing it in real-time and on a real-life virtual production set, working with cutting-edge technology like Liantronics LED panels and Brompton Technology processing,” says Guo.

AIE is the only film school in Australia that funds and creates commercial feature films for global distribution. AIE recently worked with its production partner DEMS Entertainment on the theatrically released feature film “Sissy”, which was nominated for three Australian Academy of Cinema and Television Arts Awards, known as the AACTA Awards.

“It’s great to see globally respected educational organisations like AIE Film School integrating Virtual Production technologies into their filmmaking courses. This shows students that this new technology is nothing to be frightened of. In fact, it can actually become a great new avenue for careers in film production,” concludes Luke Hurford, Regional Technical Manager Asia Pacific at Brompton Technology.

“We are delighted that the AIE team have chosen Brompton LED processing for their current and up-coming VP facilities. Having fully functional virtual production environments is something that is going to really help students nurture their professional skills and kickstart their careers in film production!”