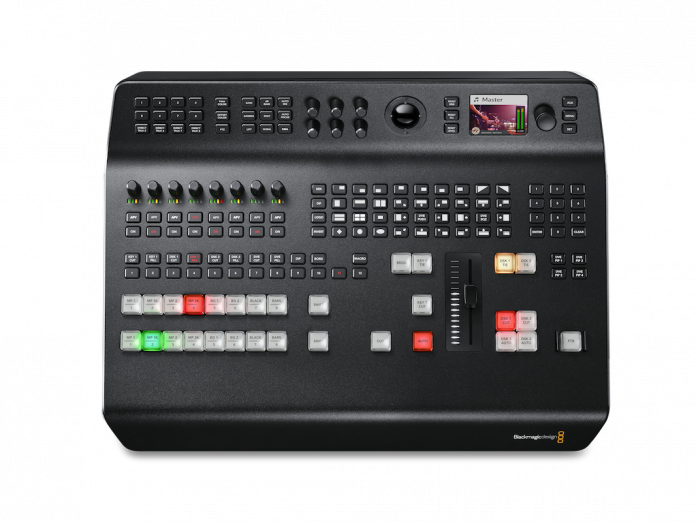 Blackmagic Design recently announced that e‑Create Space, a Tokyo based streaming facility specialising in esports, is using a number of Blackmagic Design products, including ATEM 1 M/E Constellation HD live production switcher, HyperDeck Shuttle HD recorder/player, DeckLink capture and playback cards and Micro Converters, for its new full scale esports experience. The facility is part of a new division for the recruiting and temp staffing company that will allow it to train candidates on streaming, esports tournament and event streaming workflows.

e-Create Space is a streaming studio run by YU-CRE. The company is mainly engaged in recruiting and temp staffing for businesses specializing in the creative world, such as designers and editors.

“In the course of recruiting, there are cases where it is difficult for our registered creators to get a job unless they gain more experience. We thought it would be good if we created a place where they could gain such experience on site and a place where anyone can throw an event easily. We want this studio to be where many people from various background comes, and make a new approach to eSports productions,” said Yasunori Kinoshita, producer of the esports division of the company.

TechnoBlood eSports Inc. supported the technical planning and building aspects of e-Create Space, including equipment selection and studio setup. The company was established in 2021 but was originally a spinoff from TechnoBlood Corporation’s esports division, and it has been involved in the esports business since 2004, long before the term “esports” became popular.

Atsushi Yoshinaga, Deputy Director at the Project Management Division of TechnoBlood eSports said, “The concept of the studio is to provide a full scale esports experience which can be used for professional esports competitions. It was also important that it would be easy for any customer to use, whether for streaming esports tournaments or business seminars. It needed to be easy to use yet be able to do complicated things at the same time. In our search for something like that, we chose Blackmagic Design products.”

Yoshinaga chose the ATEM 1 M/E Constellation HD and ATEM Television Studio Pro 4K for switching, HyperDeck Studio HD Mini and HyperDeck Shuttle HD for recording, several DeckLinks for capture and playback needs and Micro Converters. An ATEM Television Studio Pro 4K is used for switching outputs from cameras, a HyperDeck Shuttle HD and extra feeds from PCs that customers may bring. Its program output is then sent to two PCs for streaming and the ATEM 1 M/E Constellation HD.

“The ATEM 1 M/E Constellation HD is used for switching the video source for the studio’s LED screen. The PCs used for streaming are equipped with DeckLink Quad 2’s, two on the main PC and one on the other, as streaming esports tournaments requires more than 10 input sources. The other production PCs have DeckLink Mini Recorder 4Ks,” Yoshinaga said.

“The ATEM switchers can also be controlled via the software as well as hardware. It is convenient that we can operate the switchers using the software. This way, we don’t need to move to where the switcher is to use the switcher, even if only one person is available for the operation,” Yoshinaga concluded.