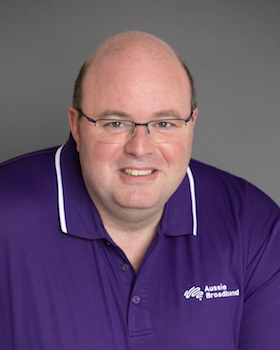 The SAU is a key part of the regulatory framework that governs the prices NBN can charge for the services it supplies to retail phone and internet companies.

The consultation process began in April 2021 and was initially expected to be completed within 12 months. However, this has now been delayed with no end in sight.

Phil said that there’s no certainty for RSPs and the process continues to drag on with NBN playing a cat and mouse game with the ACCC and industry.

“NBN provided temporary CVC relief due to COVID in 2020, but in effect this didn’t continue in 2021 – even though lockdowns continued throughout most of the year,” Phil said. “Additional punitive measures, such as CVC breach charges, were re-introduced in 2021, which added insult to injury.

“Despite NBN’s commitments to ensure fair and sustainable pricing for RSPs and consumers, our CVC costs have increased by 70 percent from June 2021 to Dec 2021,” Phil said.

Presenting at the CommsDay Congress in Melbourne, Phil said the recently released pricing update from NBN had some positive changes including:

Changing the basis of billing to utilised CVC, rather than provisioned CVC.

However, Phil noted that concerns remained, such as proposed price increases for many products, with a mechanism for continued annual price rises.

“We support NBN’s overall direction, but we’d like to see some changes to create a win-win-win for NBN, RSPs and consumers,” he said.

“Keeping a variable component in the low-speed tiers allows RSPs to tailor their products for different consumers.

During his presentation, Phil proposed some alternative pricing including:

“We have seen the success of long-term price changes – not temporary discounts – in changing the take-up of plans. For example, the Focus on 50 program increased the uptake of the 50/20 (and higher) tier from around 16 percent to 70 percent, and the launch of high-speed tiers in May 2020 has almost doubled the take-up of these services.

“NBN’s Fibre Connect Program will mean that 75 percent of premises will be eligible for 1Gbps speeds by the end of 2023, compared to 42 percent today.

“Ultimately, Aussies are reliant upon high-speed internet more than ever before. It’s time we started to rise up in the global rankings,” said Phil.