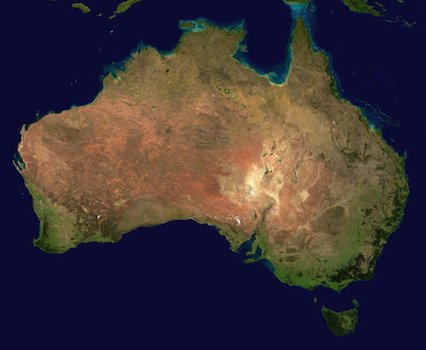 Australia’s space sector has urged Government and regulators to harness the benefits of new earth station technologies to help Australians stay connected to high-speed broadband while on the move.

A released today by the Satellite Services Working Group (SSWG) of Communications Alliance points to the capabilities of Earth Stations in Motion (ESIM) that are being used by airlines around the world to provide broadband connectivity on thousands of aircraft, by the maritime sector on cargo, tanker, ferry and passenger vessels, and for public and private transportation on trains, buses, emergency response vehicles and other motor vehicles.

The focuses on the use of ESIM connected to geostationary satellites and operating in the Ku-Band frequency bands between 12 and 18 gigahertz (GHz).

John Stanton CEO. Communications Alliance said, “There is growing demand to provide passengers and crew with broadband connectivity in the air and at sea, whether to stream entertainment and news services, or to support supply chain resilience and efficiencies. Australia must capitalise on this demand today to meet changing expectations and to reap the economic benefits this growing market is set to deliver.”

The SSWG paper encourages the Federal Government and the Australian regulator the ACMA – to incorporate measures within the domestic regulatory framework to promote the deployment of ESIM in the 13GHz band for aeronautical and maritime broadband services.

According to the SSWG, these measures will further assist Australian airlines such as Virgin Australia, Qantas, Jetstar and Rex, as well as commercial international airlines flying into and out of Australia to provide value-added services that meet the expectations of airline end-users, including passengers and flight crew.

In 2019 the World Radiocommunications Conference (WRC) of the global regulator (the international Telecommunications Union, or ITU) initiated studies on the potential operation of earth stations on aircraft and vessels communicating with geostationary satellites in the frequency band 12.75 – 13.25GHz (Earth-to-space).

These studies and resulting coordination of spectrum allocations in adjacent bands are designed to ensure that ESIM can operate at full effectiveness and without interfering with – or suffering interference from – other communications technologies and applications.

The SSWG paper encourages the ACMA to facilitate the introduction of these services by supporting the ITU-R studies on Ku Band GSO ESIM. The that make up the SSWG believe that Australia could play an important role in the development of ITU studies on Ku Band GSO ESIM in relevant Australian and international working parties in the lead-up to the next World Radiocommunication Conference (WRC-23) in 2023.