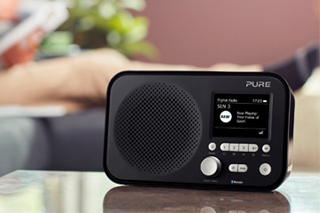 Australia’s DAB+ digital radio-only stations attracted a weekly audience of 2.35 million people in 2020, an increase of 15% from 2.04 million in 2019, according to GfK data released by industry body Commercial Radio Australia.

The weekly audience for all DAB+ stations, including AM and FM stations simulcasting on DAB+, reached 4 million.

“DAB+ audiences have grown as a result of broadcasters enhancing their digital radio formats and car manufacturers continuing to add DAB+ radios to their vehicle ranges.

“Car sales recovered strongly in the last two months of last year as a result of consumers buying new vehicles for domestic road trips. This contributed to a total of 700,000 new vehicles with DAB+ on the road during 2020,” Ms Warner said.

The figures compiled by automotive business intelligence group Glass’s Information Services show that 77% of new vehicles sold during the year were equipped with DAB+.

DAB+ is on air in the five major metro markets as well as Hobart, Darwin, Canberra and Mandurah. Commercial broadcasters on the Gold Coast are in the process of working with the Australian Communications and Media Authority to roll out DAB+ in that market.