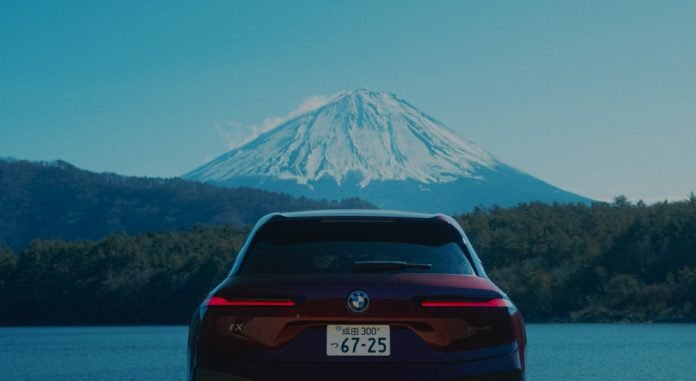 The series, which began in 2020, is a collaboration with the magazine Discover Japan. The series features BMW cars as they travel around Japan with creators and artists involved in craftmanship. bird and insect, the creative company behind this popular project, produces videos, photographs and designs, including branding and PR strategies, for clients. The company has used various Blackmagic Design digital film cameras and DaVinci Resolve Studio for a number of projects in the past.

“Since this series is based on the theme of craftsmanship in Japan, I wanted to bring out a Japaneseness in colours as well. For me, the colors of Japan are more ambiguous and subtle, not like clear cut colors, and I thought that the tints produced by Blackmagic cameras would be highly compatible with such subtle expressions,” said Shuma of bird and insect.

Shuma said, “We introduce a variety of creators each time. One of the recent episodes for this project is the visit of a virtual human, imma, to the studio of glass artist Mr. Kenichi Sasakawa. She drives a BMW to his studio. We are in charge of all of the production and post production except the compositing process.”

“The shooting days for one episode are about three days, including time for location scouting, so it’s pretty busy. The crew is only three, including me, the DoP and the drone operator/photographer, so we can’t bring in a lot of equipment. We can hardly set up any lights, so we often shoot using any lights available at the location and natural light. Therefore, the performance of the Pocket Cinema Cameras and their ability to retain color data helps us a lot.”

This project is mainly live action with very little use of effects and emphasizes the beauty of the footage itself. Shuma is particular about the colours for this project, and he edits and grades the footage with DaVinci Resolve Studio by himself.

“DaVinci Resolve is very compatible with the MacBook Pro. I travel a lot, and the combination of the MacBook Pro and DaVinci Resolve Studio allows me to work comfortably through the entire process anywhere I go,” said Shuma. “Compared to when this project began, the concept of the work has gradually changed, and the colour palette has changed accordingly. Before, I used to make the look a little brighter. Now, the look is a little darker and more bluish. The beauty of Pocket Cinema Cameras is that I can bring out the colours the way I want them.”