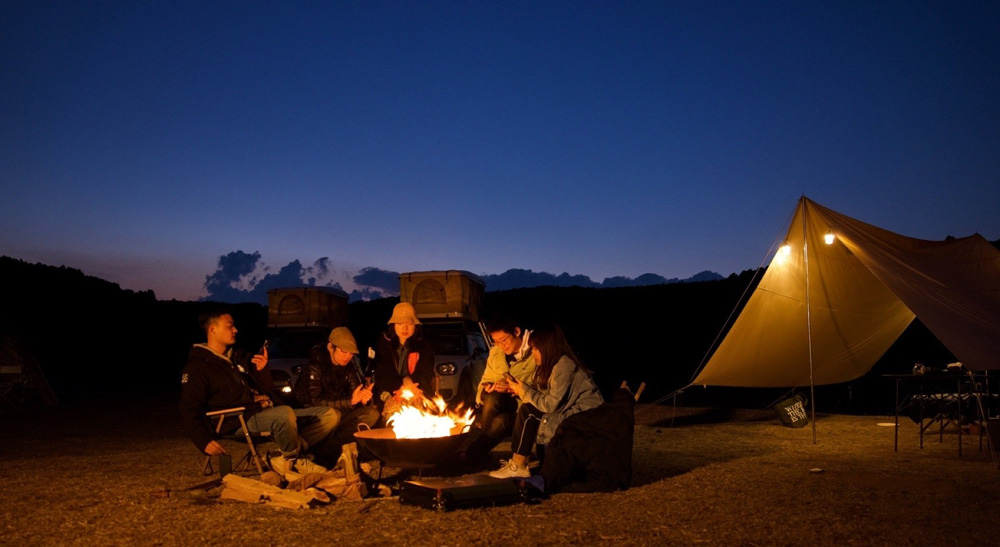 The Nomad Hotel consists of six Mini Countryman compact luxury crossover SUVs equipped with tailor made roof tents with modern amenities, allowing travelers to explore the wild, without sacrificing the conveniences of urban living. With most people in China still under quarantine and restrictions on movement in late March, Mini and its creative partner Anomaly decided to bring the stunning scenery on the road trip to those who stayed at home via “The Nomad Hotel in the Cloud” live streaming project.

Media Storm was invited by Mini China to do the live stream. “The road trip route went across different terrains and the destination was a grassland where the travelers slept in the rooftop tents and enjoyed the scenery. Very enjoyable from a traveler’s perspective, but it was not an easy job for us because we were asked to do a 24 hour nonstop live stream when we kept moving along the trip route, crossing mountainous regions where the Internet connection was unstable,” said Tim Pan, founder of Media Storm.

However, Mini didn’t want to lower the requirements for high image quality, which Media Storm is known for, and even asked for a multicam live production. “Sometimes cameras were hundreds of meters away from the switcher and the technical director had to do video switching correctly while on the move. Also, there would be video calls coming in from other vloggers who would interact with us, which could be difficult if the Internet connection was not reliable.”

Yifan, Gary and Huayang, three members of the crew, decided to use a 4G multi SIM bonding device for stable transmission and they designed a multicam workflow consisting of a broadcast camera along with two mirrorless cameras, all connected to the ATEM Television Studio HD.

“We actually started doing live streams in 2016. At first, we used smartphones but it was not a pleasant experience. After some trial and error, we found Blackmagic Design’s live production products were what could meet our demands for reliability, simplicity and affordability, and we have used the Blackmagic Design workflow for all our live streams since then,” recalled Tim.

“For 24 hour nonstop live streaming, reliability of every component in the workflow matters. None of the Blackmagic products failed, even when the temperature dropped to a very low point at night,” he continued. “Also, Mini asked us to record the program from start to finish so they could put the recorded clip out on their bilibili channel once the live stream ended. The Video Assist 4K’s dual card hot swapping feature allowed us to do the 24 hour recording without a glitch.”

Speaking of simplicity, Tim revealed he was not a live production expert at all but the intuitive design of Blackmagic products enabled him to quickly get familiar with them. “Especially the ATEM Television Studio HD switcher because I used the ATEM Mini before. That’s the beauty of Blackmagic products. If you know how to use the entrance level product, you will master the more advanced ones in no time because the operations are almost identical.”

“Everyone knows Media Storm takes post production serious in terms of image quality and techniques. In fact, we want to do live production as professionally as possible too. That’s why we prefer a multicam setup, which makes a program fun. In most cases, including the Mini project, we would use a three camera set up for full shots, medium full shots and close up shots. In the meantime, we like to take advantage of various effects built in the ATEM switcher, such as picture in picture, keying, etc. For example, for this project, when we were showing the viewers the starry night, we also put the roof tent feed in a picture in picture window as required by Mini.

“The ATEM Software Control allows us to fully control the switcher from a computer without physically touching the switcher, which is great especially for small teams like us. Sometimes even when there’s only me and an assistant manning a live stream, with the ATEM Software Control, I’m able to perform different switching and effects while I’m talking to our guests or audience, saving a lot of man power.”

A Mini Converter UpDownCross was also used to convert the drone feed to the project format.

According to Tim, Mini was very happy with Media Storm’s work and has reserved them for future projects. “For live streaming projects from clients like Mini, we use solutions customized based on clients’ demands and we are looking to buy some more ATEM Television Studio Pro 4Ks.”

“Moreover, we are also designing live streaming solutions for other streamers, where the ATEM Mini is the first choice because the streamers are on taobao.com and bilibili.com, where the set up rarely needs to be changed and they want high quality multicam live streaming to be as easy as connecting a few cables. Basically, the ATEM Mini made it possible,” he concluded. 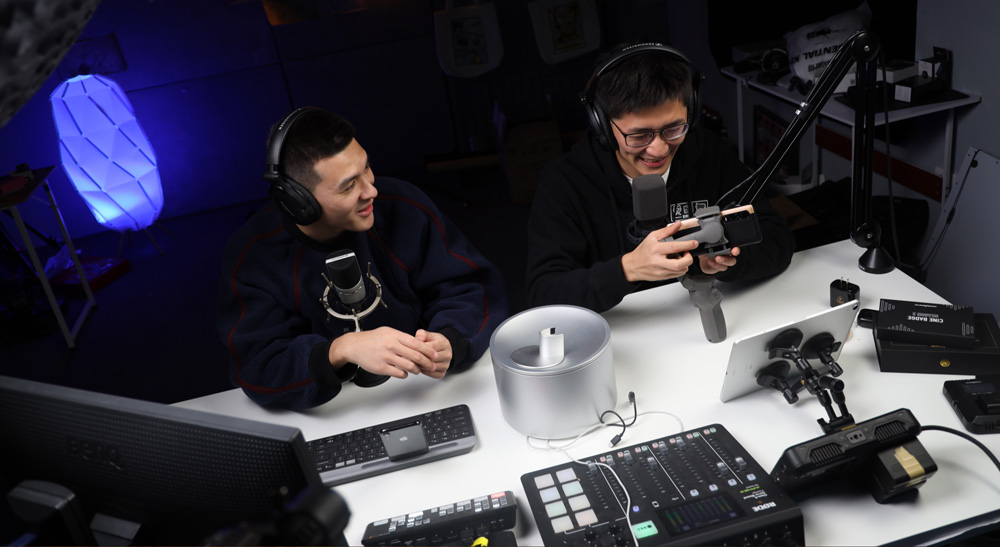