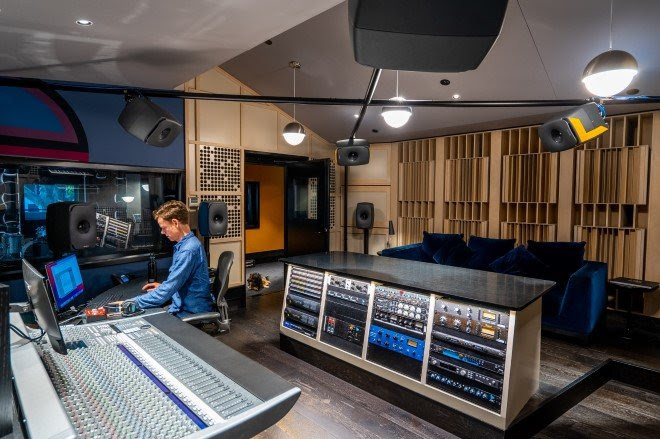 Forbes Street Studios (FSS), the multi-purpose recording and creative content studio located in the heart of Sydney has introduced Dolby Atmos/spatial mixing capabilities as part of its suite of offerings.

FSS forms part of the international studio network owned and operated by Universal Music Group, the world’s leading music-based entertainment company – alongside the legendary Abbey Road Studios in London, Capitol Studios housed within the walls of the iconic Capitol Records Tower in Hollywood and the Interscope Recording Studio in Santa Monica.

Infinitely more immersive, Dolby Atmos takes sound and listening to a next level experience for music fans. FSS studio’s Atmos offering empowers artists and producers to create three-dimensional soundscapes in an object-based mixing environment, allowing them to fill the room with instruments and vocals; lifting songs with space, clarity and depth as never before. The set up accommodates mixes for new releases, catalogue or listening sessions of mixes recorded elsewhere for approvals. FSS also has a selection of Apple, Sonos and Amazon products in house for anyone curious to hear Atmos on a range of devices.

Forbes Street Studio Manager, Anthony Garvin adds: “The investment in Dolby Atmos further establishes our commitment to delivering a truly comprehensive audio experience for musicians, producers, creators and fans. We’re excited to offer Dolby Atmos to the local music industry as well as visiting international musicians. The system is ready to take bookings and sonically light up the ears of music lovers!”

One of the first artists scheduled to mix in Atmos at FSS is alternative rockers, Ocean Alley.

According to Callum Howell – Producer / Mixer (Ocean Alley, The Rions, Tori Forsyth): “Atmos / Spatial is such an exciting format to work in. Its ability to translate to so many different playback systems, as well as headphones, gives it far greater longevity than previous surround formats. Atmos allows me to create incredibly immersive mixes that literally hug the listener and I’m really enjoying trying new things and experimenting with the possibilities.”