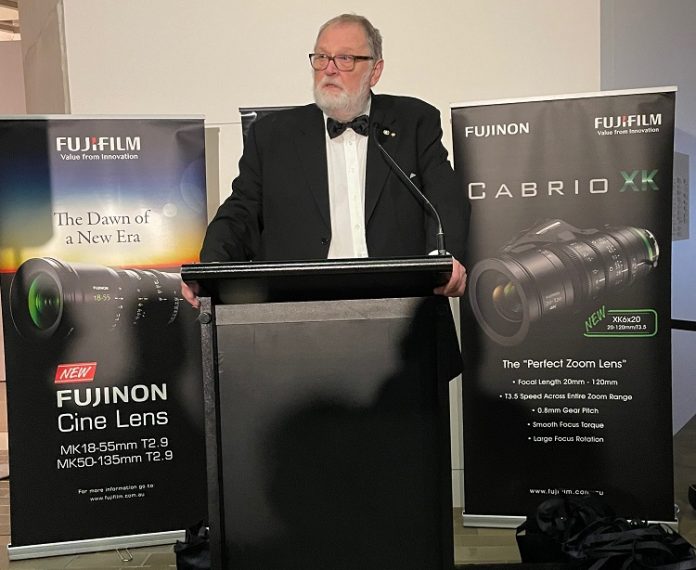 FUJINON FUJIFILM has signed on to be the Australian Cinematographers Society’s (ACS) Major National Sponsor for a record-breaking thirteenth year. FUJIFILM’s relationship with and sponsorship of the ACS includes promotion and support of the ACS National HQ, being a major participant in all state and national awards ceremonies and providing support for Australian cinematographers all around the world.

ACS national president Ron Johanson OAM ACS (pictured) said, “The ACS is delighted that FUJINON FUJIFILM have decided to continue their wonderful support for our society. Where do I even begin to let them know how much the support from Marc Van Agten personally and FUJINON FUJIFILM as an organisation has meant to the ACS. It would be a document of many chapters, all finishing with a resounding thank you. So, again, I thank Marc and FUJINON FUJIFILM so very much for their past, present, continued and incredibly valued support.”

According to Marc Van Agten, General Manager – Recording Media and Optical Devices with FUJIFILM Australia, the last few years have seen an explosion in the use of FUJINON cine lenses by cinematographers around the world, first with the Cabrio series, then the MK series and most recently the Premista large format series This, he says, is in part due to the rapid growth in popularity of movies made by cinematographers using large format cameras, which has boosted demand for high-performance large format cinema lenses that deliver high resolution and advanced scene-depicting capability.