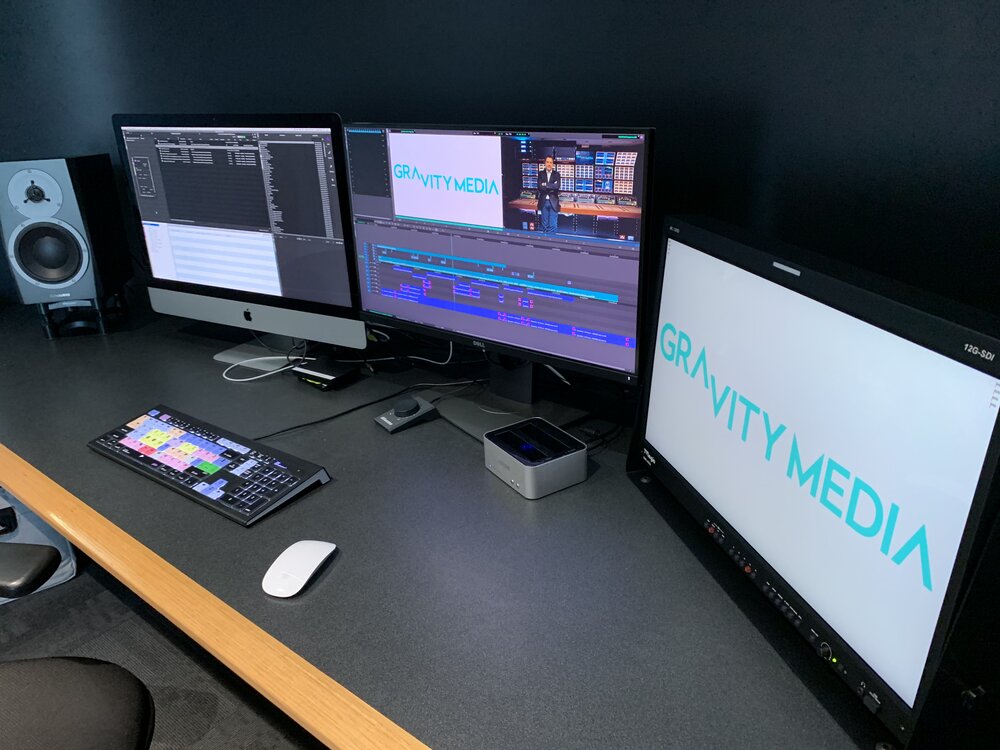 Following an extensive old-fashioned broadcast monitor shoot-out at Gravity Media, Techtel has announced that the TV Logic LUM-242G was fastest on the draw. The new monitors were supplied as part of an upgrade to Gravity Media’s fast-turnaround sports editing suites that are used both in its trucks and at its post-production HQ in Artarmon.

The LUM-242G is a 24” native Ultra High-Definition Monitor with HDR emulation capable of an impressive wide colour gamut of up to 98% of DCI-P3. The monitor FPGA also supports a range of features like waveform/vectorscope, audio levels, focus assist, markers, UMD and many more.

Initially Gravity Media tested the larger 31” LUM-313G-CI and found that the Color Innovation features like the calibration reports were great features but, with space constraints they looked to a smaller variant that could deliver similar colour accuracy. The LUM-242G was the obvious candidate and after a quick test to check it could do the job Gravity chose to order seven units.

Adrian Jenner, Director of Technology at Gravity Media said, “We wanted to make sure that the edit suite monitors would be high performing and well supported locally but also offer good value for money. TV Logic did a great job during the shoot out and the delivery was really impressive too at about two weeks from order to delivery.”

“High quality LCD monitors are receiving loads of attention at the moment as the market looks to upgrade to UHD and HDR with equipment that they know works and will be reliable into the future. TV Logic have really focused on their premium 24” and 31” offerings and we think they offer more choice than any other manufacturer in the market so we are really pleased to see TV Logic had a model that is the right fit for what Gravity Media were looking for,” said Mal Chandler, CEO at Techtel.