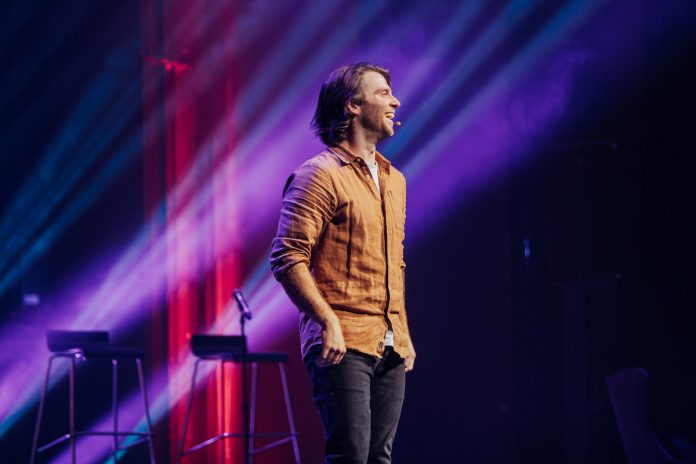 Jimmy, the former star of ABC for Kids’ Giggle and Hoot, is now one of the most followed Australian social media personalities. His recent live tour Meanwhile in Australia, grew from five shows to 34 sold-out national events, making it one of the year’s biggest tours by an Australian comedian.

Gravity Media, global provider of complex live creative production and media services, was commissioned by RED MGMT to work closely with them and Jimmy in the production of his television special.

Gravity Media, accessing one of its HD outside broadcast trucks and utilising ViBox, produced a multicamera filming of two of Jimmy’s performances at Sydney’s Enmore Theatre “as live” to create the final television production. Gravity Media also managed all post-production with Adobe Premiere Pro, at its state-of-the-art Production Centre in Sydney, in the delivery of the programme for broadcast.

Grant Gillies, Director RED MGMT: “Gravity Media were pros – from pre-production right through to final delivery. A pleasure to work with and ensuring great results for us.”

Mike Purcell, Head of Production at Gravity Media: “It has been great to collaborate with Grant and the RED MGMT team to bring Jimmy Rees’s stand-up comedy show to a broadcast audience.”