STAN’s ‘The Spy Who Never Dies’ Shot with Blackmagic 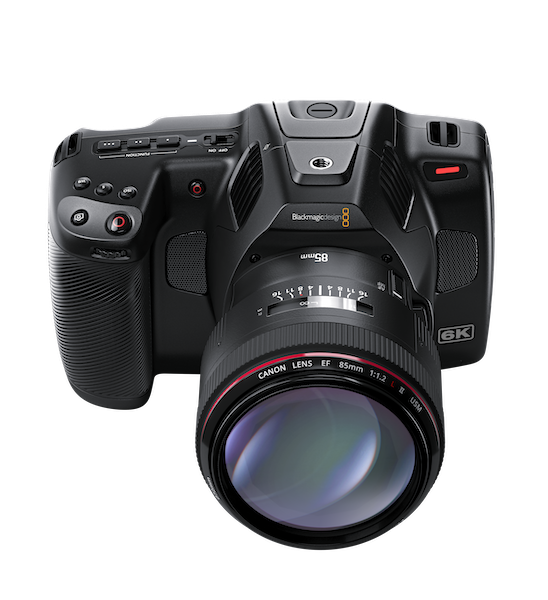 An action comedy, The Spy Who Never Dies follows the story of world class spy Brad, played by Paul O’Brien, who falls for a seemingly normal veterinarian named Veronica (Georgia Walters). Hijinks and action ensue as Brad tracks down Russians with stolen hypersonic missiles and battles a mysterious character called Trident who is bent on revenge, all while trying to build a ‘normal’ relationship outside the spy world.

Despite being Rhythmic Films largest project, production for The Spy Who Never Dies was hamstrung by the COVID pandemic, forcing the Wollongong, New South Wales based production house to creatively rework its film operations to compensate for tough new close contact rules. This included shooting the feature film in blocks due to COVID shutdowns, using the time in between to rebuild rigs to strip away unnecessary parts to ensure that limited on set time was used with maximum efficiency.

“When COVID hit, we started exploring solutions that could provide more flexibility and were compact and agile while still providing a cinematic look. After tons of research and tests, we decided to switch to Blackmagic Design and were very happy with the results. The dual native ISO sensor on the Pocket 6K Pro and the colour science were amazing, which meant we were able to keep the cinematic look we needed,” says Director and Director of Photographer Corey Pearson.

With 700 VFX shots in The Spy Who Never Dies, ranging from full CGI shots to compositing shots that required lifting plates, Rhythmic Films pursued a complete overhaul of its editing studio centred on the workflow provided by DaVinci Resolve Studio and Blackmagic RAW codec.

Pearson explains, “The Blackmagic RAW codec was a game changer for us. It refined our entire workflow for the better. We were shooting in 6K RAW, could ingest the data as Blackmagic RAW files directly in the hard drives with no proxies and were able to play back in real time using DaVinci Resolve Studio to offline edit.”

Having seen the increased efficiency and reduced cost of the new setup and workflow, Rhythmic Films believes it will be able to continue developing feature films for local streaming services like Nine Network owned STAN, which is always looking for more original and local content.

“We plan on using Blackmagic Design cameras and the entire workflow over and over for our future films. It’s only a matter of time before other larger scale productions adopt setups to streamline the process,” says Pearson.

The Spy Who Never Dies is available exclusively on STAN for Australian audiences. Rhythmic Films is currently in negotiations to distribute the film globally by the end of the year.