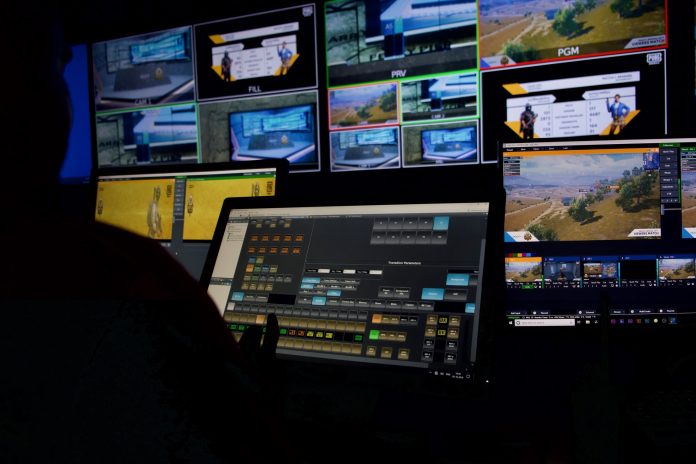 Esports is known for having an international reach and appeal, and the remarkable growth in popularity of esports content has led to an increase in the number of venues and production companies that are dedicated to the community. Based in Hyderabad, India, Tesseract Esports has been developing the esports scene in South and Southeast Asia since 2015 and was the first company to introduce mobile esports to the region. With the team’s 2021 diary of events filling up and pressure on their facility (comprising six studios and four control rooms) growing, Tesseract’s production solutions were struggling to keep up and so the company turned to Ross for assistance.

“We have designed and organised over 200 tournaments and events since we started the company,” comments Mr. Gowtham Reddy, Founder & CEO at Tesseract Esports. “When you are working at that kind of pace, you need production solutions that perform, are reliable and are easy to use. As our production needs have grown and changed, we’ve increasingly had to worry about interoperability and reliability, and that’s not where we want to be. It became obvious we needed to make some changes to our workflows, and so we called Ross to get their advice.”

“The Ross team came back to us with a solution that includes Carbonite Ultra production switchers, the Ultrix routing/AV processing platform, XPression graphics and the DashBoard control system. Everything proposed was extremely reliable and scalable, and the comprehensive feature set has really helped with our budgeting. As an example, the Carbonite Ultra switcher includes a powerful audio mixer. Esports production requires AFV for observer feeds, so we can bring audio into the Carbonite Ultra and use the AFV function. Without this inbuilt functionality, we would either have to use a software-based switcher with audio functionality or an external audio mixer with GPIO, both of which would only complicate the workflow and add to the number of possible failure points. Ross understands customer value and workflow simplification, and that’s been immensely helpful.”

Data is another key element of esports.

“Esport titles generate a lot of live data,” Gowtham Reddy notes. “At times we are showing dead or alive statuses of up to 64 players, their various stats, live kills and so on, all in real time. With XPression DataLinq, we were able to integrate game API directly without any major database development. And the way that XPression CG handles such large amounts of data in milliseconds is simply phenomenal!”

With the rest of 2021 looking extremely busy and events already being planned for 2022, the team at Tesseract is full of confidence.

“We’re in great shape now. We’ve got rock solid solutions from Ross that are easy to use, our workflows are far more efficient and we’re ready to scale for the future. The pre-sales and technical support from Ross have been fantastic and we really couldn’t be happier.”