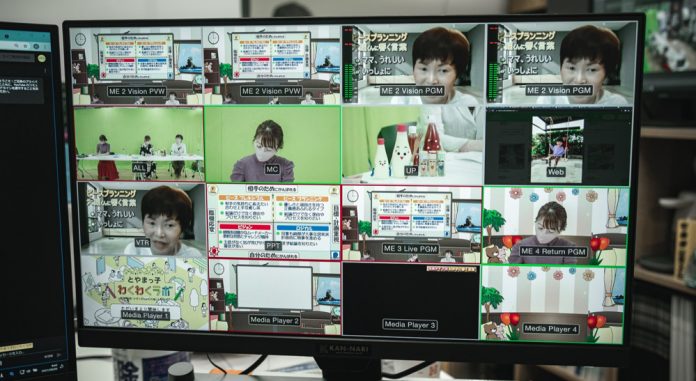 The company, which began as a disaster prevention construction business, now also offers construction of electrical and communication facilities and AV services. The AVC division, which started in 2019, provides a wide range of streaming and video production services for seminars, events, eSports, live music concerts and more. Offering both electrical and AV services, KAN-NARI has the unique ability to provide streaming, as well as the construction of network and power source infrastructures as a whole. The company has also built a Toyama based streaming studio themselves, which has been used by various events sponsored by Toyama prefecture.

The General Manager of the division, Yuto Izumi, who is in charge of selecting equipment, is a longtime Blackmagic Design user, said: “I used ATEM switchers in my high school broadcasting club, so I have a long history with Blackmagic products. We have several ATEM switchers we can pick from depending on the type of job. One of the most popular ones is the ATEM Constellation 8K because it has more inputs and for its SuperSource.” 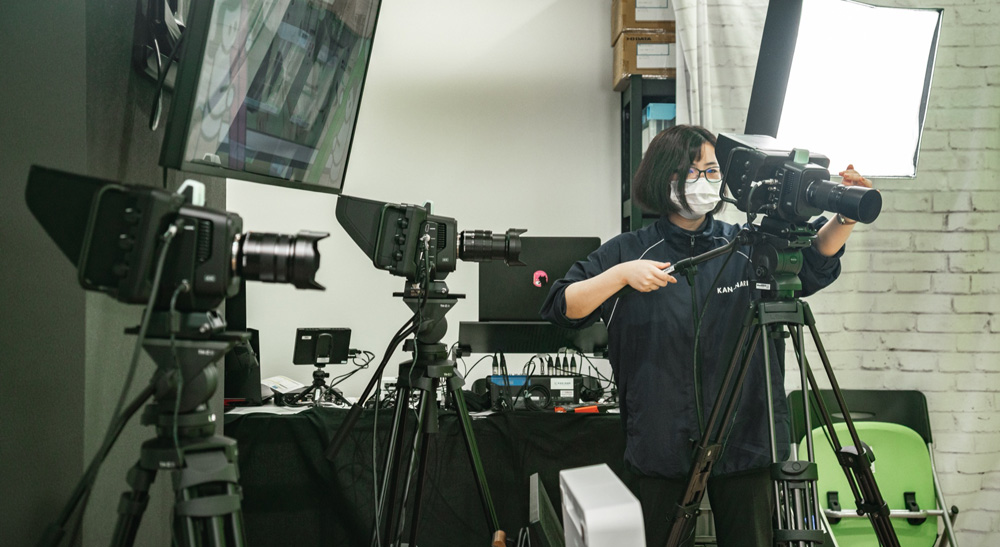 “We used two Studio Camera 4K Pluses and one Studio Camera 4K Pro for the streaming event. I used ATEM Constellation 8K as well and chroma keyed the feed from the cameras with background graphics. There is no functional difference except for the availability of more connections, so you can mix and match those two cameras without any discomfort. They gave a nice bokeh, and the chroma keyed image looked really good. The LCD screen is smaller than the previous Studio Camera model, but I prefer it smaller. It is just the right size, and the physical controls on both sides of the screen are easy to access,” said Izumi.

Two HyperDeck Studio HD Plus units were used, one for recording and the other for inserting video. An additional Video Assist 7” 12G HDR was also used for recording. According to Izumi, “The HyperDeck can record in highly compressed MP4, so now we use it if clients want to take video files immediately, and we use the Video Assist for high quality image for editing.”

“It is so easy to operate steaming events when you use a set of Blackmagic equipment. We can use ATEM Software Control to adjust the focus via the switcher, even for fixed cameras that are not staffed, which is especially beneficial when distributing to a small number of people. I like Blackmagic products because GUIs for Blackmagic’s control software are easy to understand, and even new staff can learn how to use them quickly and master the equipment,” Izumi concluded.