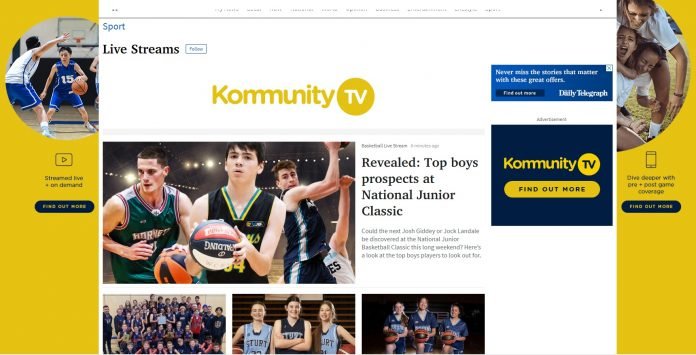 According to the company, KommunityTV is the evolution of News Corp Australia’s growing live sport streaming program, creating a dedicated channel for audiences to experience community and grassroots sports.

KommunityTV will allow viewers to:

KommunityTV taps into the company’s national sport network’s core value of supporting the growth of sport from the grassroots to the elite.

“We have seen more and more people turning to digital platforms to consume live sport,” Mr Wilkins said. “We know KommunityTV will be a crucial next step in this evolution of sports broadcasting.

“This is an opportunity for community sporting organisations to improve their overall exposure in the local and wider community, but also a chance to bring those communities closer together.

“It’s not just about the vision, but the stories about our future sport stars that our sport network, the biggest in Australia, will bring to life each week.

“We are proud to launch KommunityTV and look forward to watching the best young athletes across the country.”

The launch of KommunityTV is being supported by a multi-channel national marketing campaign that will run across digital, print, radio and social channels.