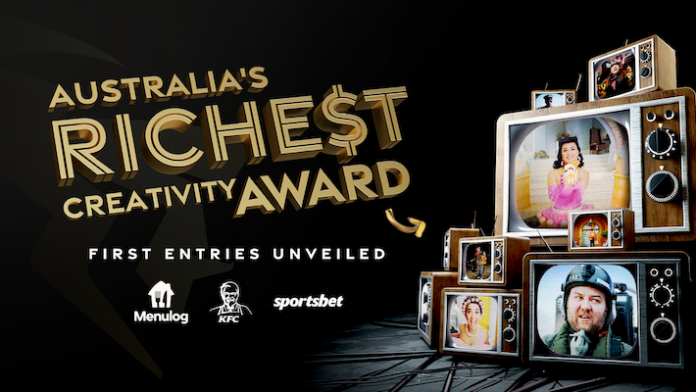 Australia’s most iconic rugby league contest will see the most creative minds in advertising go head-to-head, with Nine unveiling a selection of entries in its State of Originality competition ahead of tonight’s 2022 State of Origin opener.

With the iconic three-game series between NSW and Queensland fast turning into a blockbuster clash of creativity for adland, the State of Originality competition will see KFC, Menulog, Sportsbet, McDonalds, Isuzu, UPI and Stan among the major brands battling it out for the highly anticipated prize.

The winner will take home the biggest prize in Australian advertising, with more than $1 million in inventory up for grabs across Nine’s television, radio, digital and print assets. The competition was won by McDonalds, DDB and OMD last year.

The campaigns entered so far are: a new commercial by Menulog featuring global pop sensation Katy Perry entered by McCann/UM; a new Sportsbet commercial that is a parody of the Top Gun movie entered by PMG; and KFC ‘Fried Night Footy Feast’ entered by Ogilvy Australia/MediaCom.

In each of the three State of Origin games, Nine will unveil new entries for the competition, which will be then be judged by a panel consisting of leading advertising communicators: globally acclaimed disruptor and former CEO of BBH, founder of MakeLoveNotPorn and all-round advertising legend, Cindy Gallop; dynamic duo Josh Whiteman and Paul Chappell, Co-Founders of Brand+Story and creators of this year’s acclaimed story of optimism, Fly Away from Qantas; Australia’s most awarded creative, Tara Ford, CCO of The Monkeys; former adman, Gruen panellist and 3AW Breakfast co-host Russel Howcroft; and Liana Dubois, Director, Powered by Nine.

“There’s no bigger platform to showcase Australian adland’s creativity than the State of Origin,” said Liana Dubois Nine’s Director of Powered. “These first three ads highlight the creativity that will ensure millions of viewers love the off-field action as much as the game itself.

“We have devised the State of Originality to push the industry to find entertaining and creative ways to engage viewers during the biggest and best sporting contest on television, with our ambition to see the State of Origin ultimately become Australia’s Super Bowl.”

Entries remain open until Round 3 of the State of Origin go to stateoforiginality.com.au for more information.

List of State of Originality entries announced so far:

‘Just Eat and Katy Perry | Did Somebody Say’