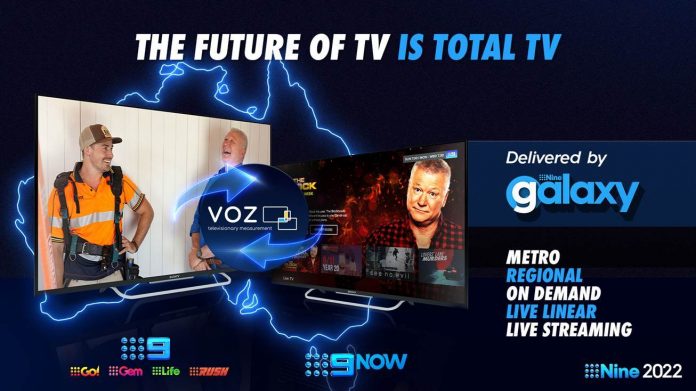 At Nine’s 2022 Upfront presentation, the company announced that it was moving rapidly to further integrate the WIN national sales team into the Nine sales structure following its change of regional affiliate to WIN earlier this year.

The changes will be effective from July 1, 2022 and will give marketers and agencies one aligned and more integrated team, making it easier to brief and buy Nine’s leading television audiences across Australia.

The company also announced that it would develop Nine Galaxy for regional TV and enable direct access into the platform for media agencies.

The company promised that it will give agency partners direct access to live availability for Nine’s linear, live streaming and on-demand TV inventory, and provide agencies with self-service access and API integration into Nine Galaxy.

“The changes will allow agencies to plan, buy and optimise campaigns with live access to avails, and track and post-analyse total TV campaigns with greater efficiency. Of course with Nine Galaxy there are no shortfalls, no makegoods, just guaranteed outcomes. This is truly a game-changer for media buyers,” Stephenson said.

Nine Galaxy first launched in 2017, automating and guaranteeing audiences on all off-peak and multi-channel TV inventory. In 2018, Nine opened the platform to make it possible to book linear TV and BVOD in a single transaction. In 2021, it also opened up Nine Galaxy for radio inventory.

As part of the changes, Nine will also be moving to a CPM-based rate card and away from fixed spot pricing for automated Nine Galaxy campaigns, making it even easier to plan and buy total TV campaigns across linear, live streaming and on-demand inventory.

“Moving to CPM-based pricing on off-peak and multi-channel TV inventory creates consistency with streaming and on-demand pricing which has always been traded against an agreed CPM. This makes buying total TV even easier with Nine,” Stephenson said.

Nine also confirmed that it has already started to develop Nine Galaxy for regional TV.

“We are building Nine Galaxy for regional TV. This is the final piece in our total TV puzzle. Agencies and clients will be able to buy metro and regional audiences in combination with our on-demand and live streaming audiences on 9Now, all in one transaction. Guaranteed audiences, no shortfalls and no makegoods.”

“You don’t need to book television the old-fashioned way anymore.”