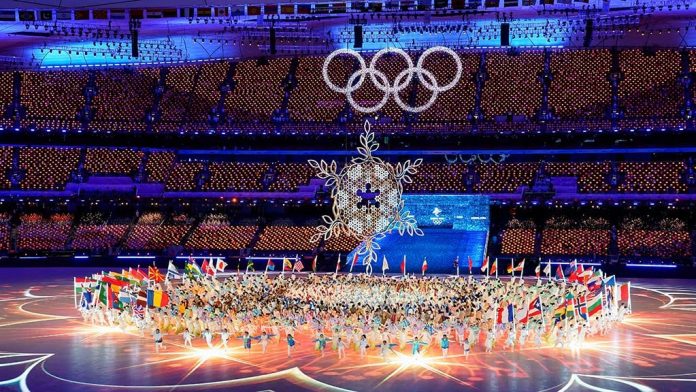 The Olympic Winter Games Beijing 2022 reached a global broadcast audience of more than 2 billion people, according to independent research conducted on behalf of the International Olympic Committee (IOC).

A total of 2.01 billion unique viewers tuned in to watch coverage from Beijing across linear TV and digital platforms, representing a five per cent increase on the audience for the Olympic Winter Games PyeongChang 2018.

Viewers around the world watched a combined 713 billion minutes of Games coverage on Olympic Media Rights Partners’ channels – an 18 per cent increase compared with PyeongChang 2018, underlining the continued appetite for Olympic broadcast coverage in an increasingly fragmented media landscape.

Media Rights Partners made more hours of coverage available to fans than at any previous Olympic Winter Games edition, including a record 120,670 hours through digital platforms.

Other findings include that almost half of the Beijing 2022 viewers surveyed said they wanted to watch more coverage of the Olympic Games in the future. This appetite is particularly strong amongst the youth demographic, with 57 per cent of 13- to 19-year-old viewers wanting to watch more Olympic Games coverage in the coming years.

In addition to the significant increases in digital viewing and consumption of broadcast coverage, the Olympics web and app platforms reached 68 million unique users during Beijing 2022 – more than double the reach achieved during the Olympic Winter Games PyeongChang 2018.

This resulted in Beijing 2022 becoming the most digitally engaged Olympic Winter Games ever, with new technologies and digital innovations allowing more fans than ever to watch, follow and engage with the Games on a variety of platforms and devices. Indeed, according to the independent research, two out of every three people surveyed followed the Olympic Winter Games Beijing 2022 in some capacity.

IOC President Thomas Bach said: “Beijing 2022 was the most digitally engaged Olympic Winter Games in history. In close cooperation with our Media Rights Partners around the world, more coverage was made available than ever before, including a record amount via digital platforms. With a global audience of over 2 billion, the Olympic Winter Games continue to be one of the most watched sports events in the world.”

In a survey conducted with the athletes participating in Beijing, it was clearly demonstrated that participation in the Games was important to them, with 91 per cent stating their motivation was “to compete at the biggest multi-sports event on earth” and 90 per cent revealing a desire “to represent [their] country”.

The athletes also rated their Olympic experience highly and were satisfied with the COVID-19 countermeasures that were in place for the Games.

The broadcast research and consumer and athlete surveys were conducted by Publicis Sport & Entertainment. The consumer studies surveyed more than 28,000 people in February and March 2022 across 16 countries, with all respondents aged between 13 and 65.

For more, see the IOC’s Beijing 2022 Marketing Report at https://stillmed.olympics.com/media/Documents/Olympic-Movement/Partners/IOC-Marketing-Report-Beijing-2022.pdf