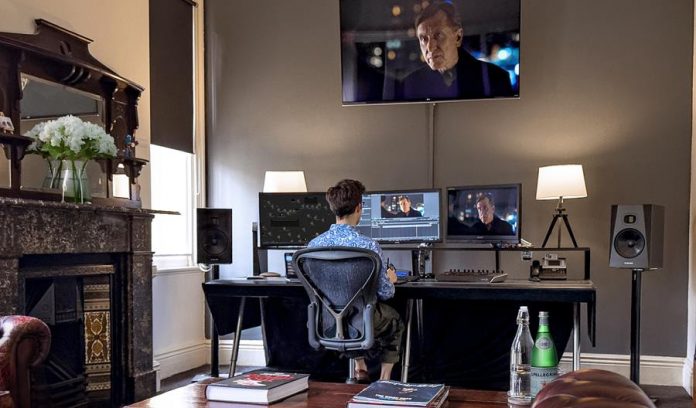 It was another bumper year for film and television production in Queensland, with a new report confirming the state’s screen industry continues to shine.

The Premier said the result continued momentum from last year’s record expenditure in the state, largely due to Queensland’s pandemic measures, and was the second highest result over a five-year period.

“As the sunshine state opened up from the pandemic, its reputation as an ideal filming destination – backed by a winning combination of incentives, crews, locations and facilities – contributed to a pipeline of feature films like Ticket to Paradise, Wizards! and sci-fi series Nautilus flocking to Queensland, as did homegrown series including Upright and Darby and Joan,” the Premier said.

The Premier said the Queensland Government’s enhanced Post, Digital and Visual Effects (PDV) incentive ensured Queensland was well-positioned to capitalise on the increase in post-production opportunities.

“The PDV incentive has resulted in Screen Queensland securing an unprecedented number of projects for the state, injecting more than $38.5 million to the local economy,” the Premier said.

“Within the first 12 months of the increased incentive, 20 projects were confirmed for Queensland post-production facilities across a variety of services including visual effects, animation, editing and sound – boosting Queensland Production Expenditure by 270 per cent since 2019–20.

“Offering the most competitive PDV incentive on the east coast of Australia at 15 per cent has stimulated unparalleled growth in just 12 months – supporting 13 local businesses, growing employment opportunities and generating millions for the Queensland economy.

“Queensland has a long-held reputation as a destination of choice for filmmakers and by supporting the state’s PDV capabilities, our government is keeping Queensland top of mind as a complete end-to-end home for screen production.”

Local post-production houses such as The Post Lounge, Pixel Zoo, Fika Entertainment and Serve Chilled have all capitalised on the growth of the PDV incentive to secure work with some of the world’s leading film and television studios. South Australia’s Rising Sun Pictures has established a new studio in Brisbane, quickly achieving a full production slate in a facility designed to accommodate up to 60 creatives.

One of the secured projects is the Paramount+ 10-part series adaptation of the Australian bestselling book, Last King of the Cross – produced by Sydney’s Helium, with post-production by Brisbane facility Chop Shop Post.

Mark Fennessy, Co-founder and Chairman of Helium, said that the changes to Queensland’s PDV incentive created a compelling drawcard, making Queensland a top choice for both cost-effectiveness and expertise.

“Screen Queensland’s PDV financial incentive is a welcome added bonus to a production as large in visual scale as Helium’s Last King of The Cross,” said Fennessy.

“Choosing Chop Shop Post to manage the visual effects across the series, both on set and in post-production, was an easy decision to make, as not only does their reputation precede them, but they work to budget, deliver clear and practical feedback about how to get the greatest visuals on screen, and intuitively problem-solve with a creative edge.”

Lav Bodnaruk, Co-Owner and Executive Producer of Chop Shop Post said the company is proud to be working with Helium on Last King of the Cross, with the enhanced incentive proving to be a vital investment in the local screen sector.

“Kudos to Screen Queensland for their foresight in offering a PDV incentive that moves with the times, supporting Queensland’s agile post-production companies to work on such world class productions,” said Bodnaruk.