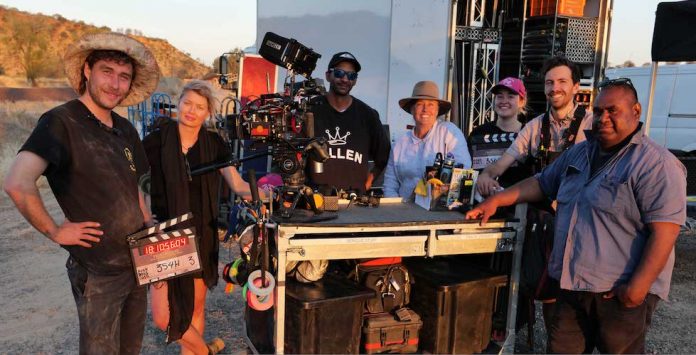 The groundbreaking report, A Wider Lens, the first comprehensive analysis of camera department done anywhere in the world, was commissioned by the Australian Cinematographers Society (ACS) and carried out by Deakin University.

Findings from an analysis of industry-reported production data reveal that of all Directors of Photography (DOPs) on feature film and TV drama shot in Australia (between 2011 and 2019), 9 percent were women and 91 percent were men.

At first glance the findings seem at odds with the international success of Australian women cinematographers. Of note are Ari Wegner ACS, who was nominated for a 2022 Academy Award for Best Cinematography for Power of the Dog, Mandy Walker ACS ASC who was the DOP on Baz Luhrmann’s Elvis, Zöe White ACS who filmed The Handmaids Tale and Bonnie Elliot ACS who was behind the camera on the recent Apple TV+ series, Shining Girls.

Despite their success, systemic barriers remain. A Wider Lens also found that, as budgets grow, the likelihood of a woman DOP being attached to a project decreases. All DOPs on big budget features shot in Australia (over USD 10 million) in the period 2011-2019 were men, and the serious gender pay gap sees men earn significantly more than women for working on the same types of projects.

A Wider Lens examines the workforce, the work model and the work culture of Australian film and television camera departments. The study pays particular attention to how social characteristics such as gender, age, class, ethno-cultural identity, sexuality, disability, and caring responsibilities overlap and interact to shape career paths and work experiences.

“This report is critically important in shaping the future of how we work in the Australian screen industry. While it specifically references camera departments, many of its findings are likely reflective of the broader industry and, while its findings are shocking, it also provides a roadmap forward”, said Erika Addis, President of the Australian Cinematographers’ Society.

The report found that camera professionals routinely experience multiple forms of discrimination, harassment and bullying when accessing work and doing their jobs. It shows sexual harassment is a routine feature of work for women in Australian cinematography.

In additional to the analysis of industry-reported production data, the report also draws from a large survey of 640 Australian camera professionals. Only 1.7 percent of DOPs in the survey identify as Indigenous men, and none as Indigenous women.

Ms Addis said: “Work in camera is high-performance, requiring a highly specialised skill set, and intense concentration for extended periods of time. Job stress is compounded by a work model… where workers are in direct competition with each other for work; where networks and reputations are key; where excessive hours and unpredictable schedules are the norm; and where workers, as freelancers, are largely excluded from social benefits and employment protections.”

Ari Wegner ACS said: “For things to improve, we must first have a clear picture of the current situation – as confronting as that may be. This report offers some shocking statistics as well as tangible recommendations, which I hope will be heard and implemented. With our diverse population and history of creative talent, Australia is in a great position to be a world leader in transforming the film industry – if we choose to act.”

Mandy Walker ACS ASC said: “We often work seven days a week, for months in a row, so for me it’s telling yourself you are on a marathon not a sprint. You can’t let the pace overwhelm you . Being a DOP is not a normal job. We are often in charge of huge teams and are responsible for people’s safety, making it on time and ensuring it looks great. Caring for the mental and physical well-being of ourselves and our crew is paramount.”

Bonnie Elliot ACS said: “The landscape has certainly improved during my years in the industry, and I do feel buoyed by the increasing diversity we see behind the camera, but as this data starkly illuminates, there is still a long way to go.”

Ellery Ryan ACS said: “The figures show this amazing disparity in opportunity and participation between women and men and with indigenous and disabled people. It’s surprising that it’s as massive as it is.”

The report was authored by Dr Amanda Coles and Dr Justine Ferrer from the Department of Management at Deakin Business School; Dr Vejune Zemaityte from the Baltic Film, Media and Arts School (BFM) at Tallinn University, with Dr Marcus Banks from the University of Tasmania, in consultation with the ACS.

Dr Coles said: “The Australian screen sector has the opportunity to be a global leader in advancing meaningful change to build a sustainable and innovative screen production industry. Focusing on the quality of work and the wellbeing of the workforce is central. Now is the time to invest in Australia’s digital and creative workforce future through inclusive sectoral growth, and a wider lens on who counts as key creatives.”