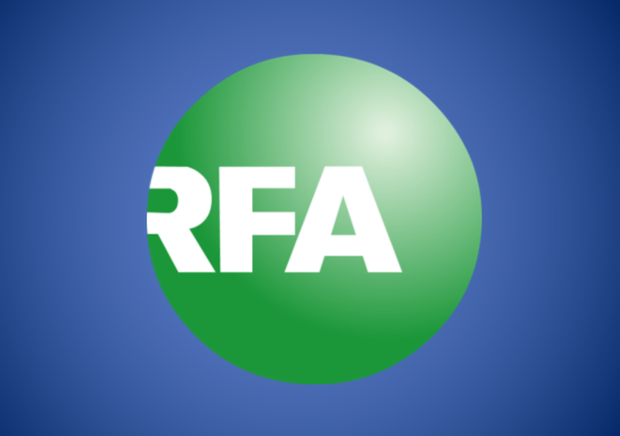 Radio Free Asia (RFA)’s Mandarin Service was named the winner of the arts and cultural news award for its video series on Hong Kong’s resistance art community, which is using their pens, brushes and creativity to advocate for Hong Kong’s autonomy and freedom. The award was presented by the Excellent Journalism Award Foundation at its 20th annual ceremony held recently in Taipei, Taiwan.

“Full credit for this award belongs to the team of reporters in RFA Mandarin behind this series,” Nadia Tsao, RFA’s Managing Editor for East Asia, said. “As authorities in Hong Kong intensify their crackdown on independent media and voices, it is ever more important to showcase free expression’s unique power and role. This timely project on the expatriate resistance art movement in Taiwan does just that.”

The winning submission, which included three videos that were part of an RFA Mandarin series published throughout 2020 on Hong Kong’s resistance art movement, profiles an actor, the writers of a banned book and a group of political cartoonists who are using their art to fight for Hong Kong’s freedom after a 2019 national security law imposed by the CCP cracked down on free speech. Fearing the CCP would wipe out Hong Kong’s history of freedom, the Hong Kong arts community at home and abroad in Taiwan are fighting back, hoping to change the narrative as they remember.

This is RFA Mandarin’s first Excellent Journalism award, with its video series being selected unanimously as the winner among more than 105 other submissions in the arts and cultural news category, a testament to the essential role RFA plays providing unique journalism to audiences around Asia living in closed societies. Other winners at this year’s Excellent Journalism Awards include Apple Daily, United Daily, Taiwan’s Public Television Service, The Reporter, Central News Agency and Commonwealth Magazine.