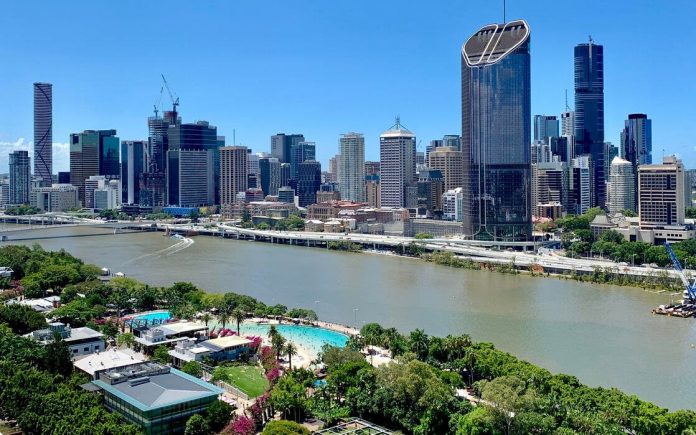 New South Bank production site, with space for 60 artists, will help the studio keep pace with its rising VFX workload and serve productions based in Queensland.

Following the opening of a visual effects production studio in Brisbane in mid-2021 under the leadership of Visual Effects Supervisor Marc Varisco, Compositing Supervisor Matt Greig and Visual Effects Producer Jayne Herrmann, Rising Sun Pictures’ Queensland operations are expanding with a move into a larger studio located in South Bank, the city’s arts and entertainment district in the coming months.

The new facility, which will be linked to RSP’s head studio in Adelaide via secure technology, has the resources to support 60 artists. In addition to workspace for dozens of artists, the facility features rooms for meetings, review sessions and client use. Plans call for the construction of a 4K screening room later this year. The studio will have direct, high-speed links to RSP’s pipeline in Adelaide and operate in full compliance with TPN protocols.

RSP Brisbane currently has a full slate of feature film and series projects in-house and expects demand to continue rising throughout the new year. Having a physical presence in Queensland allows RSP to better serve film and series productions shooting in the state.

“There is an abundance of wonderful film and series projects out there at the moment and opportunities to do great work,” says Rising Sun Pictures Managing Director Tony Clark. “To take advantage of those opportunities, we need really good people. We’ve worked with some wonderful artists who are based in Brisbane, so it made good sense to build a facility around those people. It also puts us adjacent to a very popular global filmmaking destination.”

RSP expects to staff the new studio by hiring experienced local artists and others eager to move to Brisbane as a lifestyle choice.

“There are a lot of very good artists who are originally from Brisbane and want to move back. Other artists want to plant new roots there. Brisbane appeals to people for quality-of-life reasons, especially those with young families,” says Head of Business Development, Jennie Zeiher.

Zeiher adds that RSP is focused on hiring artists with exceptional creative and technical skills, that are culturally a good fit.

“We’re looking for people whose values reflect ours,” she says. “Marc Varisco, Matt Greig and Jayne Herrmann are very much RSP people, and we want to keep that going. Our commitment to excellence and service is very important to us.”

RSP also plans to provide visual effects training in Brisbane. The studio operates a program of undergraduate and graduate certificate training in partnership with the University of South Australia (UniSA). Its graduates are in high demand as junior artists at studios across Australia and beyond. Many have moved directly into jobs at RSP. It is expected that RSP will commence its educational offerings in the new studio from mid this year. It is an important philosophy that RSP builds capability, particularly in the areas in which it operates.

Both Varisco and Greig have a history of working with RSP in staff and freelance capacities. Varisco recently served as the studio’s Visual Effects Supervisor on the Netflix series Cowboy Bebop, performing that work remotely from his home studio in Brisbane. His more than three dozen film and television credits as a supervisor also includes The Mandalorian, Star Wars: Episode IX – The Rise of Skywalker¸ Peter Rabbit and Electric Dreams. Greig served as RSP’s Compositing Supervisor on Jungle Cruise and Ford v Ferrari. His experience as a compositor spans more than 15 years and includes posts with Animal Logic and Fuel VFX.

“When RSP approached me about launching a studio in Brisbane, I couldn’t sign up quick enough,” says Varisco. “Supervising the type of quality work that RSP produces from Queensland is a game-changer. Artists can reach our studio by a short commute, spend their days producing great work, and return home to have dinner with their families. It couldn’t be any better.”

Grieg was similarly enthusiastic about establishing an RSP presence in Brisbane.

“I was excited about bringing world-class visual effects to my hometown,” he says. “I now look forward to expanding our existing strong team and contributing to the fantastic productions which have filled our slate.”

New to RSP, Herrmann has been a visual effects professional for 15 years and brings deep ties to the Brisbane production community. She previously served as VFX Producer at Cutting Edge, Brisbane and has held staff posts with Weta Digital, Method Studios, Bazmark Films and Animal Logic.

“It’s been my dream to produce for RSP and to do so in Brisbane, is fantastic,” she observes. “Brisbane is the perfect location for a facility like this.”

Herrmann expects the new Brisbane studio to be up and running early this year and fully staffed by mid-year.

“It’s going to be a cracking space. We’ll have CG review rooms, comp review rooms and, eventually a large screening theater,” she says. “It’s located at the hub of the local arts community with theaters, museums and restaurants nearby. It’s also close to the airport and the Gold Coast where the Village Roadshow Studios are located.”

With demand for content at an all-time high, Clark says there couldn’t be a better time or a better place for RSP to expand.

“This studio represents a substantial commitment to Queensland and to artists living there,” says Clark. “We look forward to being in Brisbane for a long time and producing lots of great work there.”