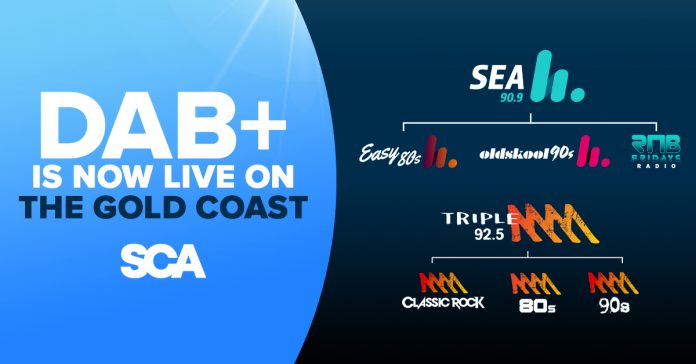 The Gold Coast is the 10th city in Australia to have DAB+. In addition to its two FM stations, 90.9 Sea FM and 92.5 Triple M, SCA launched six new digital radio stations across its Triple M, Hit and LiSTNR brands.

Combined with its LiSTNR, SoundCloud partnership, Triple M and Hit networks, SCA has 11 DAB+ stations in its stable, reaching more than 955,000 people each week, and continues to grow its digital radio audience, doubling its listenership since 2017.

SCA Head of Music & Provincial Group Content Director, Mickey Maher, said: “We are so excited to share our Hit and Triple M DAB+ stations with audiences on the Gold Coast, and know they will love the new variety and quality content we have on offer.

“Our Hit and Triple M DAB+ stations now offer the Gold Coast a broad range of music genres to cater for a range of tastes and let’s not forget the calibre of hosts including Dannii Minogue, Ella Hooper, and Mike E & Emma.”