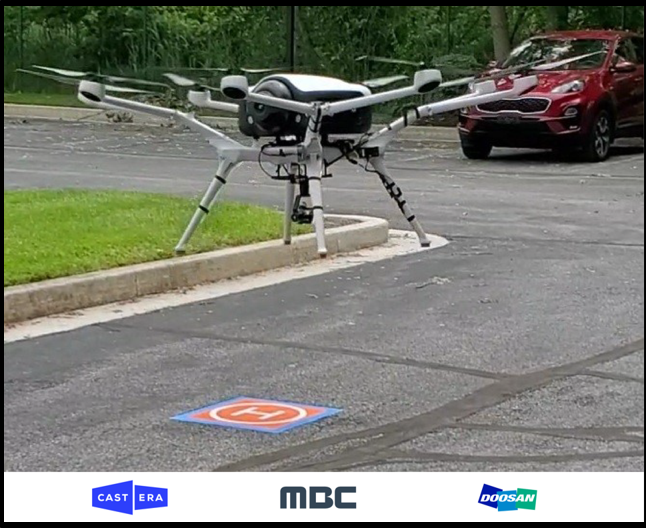 Despite the challenges the pandemic has created for international travel over the past year and a half, testing of new ATSC 3.0-based applications and capabilities has continued at the Korea Radio Promotion Association (RAPA) Next Gen TV testbed on Jeju Island, located Southwest of the South Korean coast.

The testbed, organised and administered in cooperation with South Korea’s Ministry of Science and the nation’s information and communication technology (ICT) sector, has hosted over a dozen projects involving more than 40 companies during the pandemic. Many have investigated the advanced capabilities of Next Gen TV that encompass far more than simply over-the-air digital TV transmission to homes.

Distance learning, advanced emergency alerting, precise location data to enable autonomous vehicle navigation and broadcast delivery of traffic information and other services to drivers and passengers in cars and on public transportation, are among the Next Gen TV applications that have been trialed on the island.

With schools shutting their doors to protect students and teachers alike from transmission of COVID-19 during the pandemic, a new, far greater emphasis has been placed on distance learning.

DigiCAP relied on the RAPA testbed on Jeju Island to put its HomeCaster home gateway through its paces before making it available as a distance learning solution. DigiCAP HomeCaster receives ATSC 3.0 OTA signals and retransmits them in the home to smartphones, media tablets and PCs via Wi-Fi and home Ethernet networks. Next Gen TV ROUTE and MMT data is transmuxed to HLS, MPEG-DASH and MMTP before hitting the home network. HomeCaster also supports legacy ATSC 1.0.

For distance learning, the home gateway makes it possible for educators to deliver their lessons and study material via a broadcast signal to students who have limited access to broadband services.

Distributed in the U.S. by SpectraRep in cooperation with America’s Public Television Stations (APTS), the DigiCAP HomeCaster has been in use in Washington, D.C., since August as part of SpectraRep’s EduCast service deployment. WIAV, the Sinclair Broadcast Group station in the nation’s capital, is transmitting educational material to the homes of students via ATSC 3.0.

The Munhwa Broadcasting Corp., a major South Korean terrestrial broadcaster with a national footprint, working together with Sinclair and CAST.ERA, trialed ATSC 3.0 in support of its MBC Real-Time Kinematic (RTK) service using the Jeju Island testbed.

This level of accuracy is essential to the success of the Fourth Industrial Revolution, which will see broad deployment of autonomous ground vehicles and drones, precision agriculture and smart construction practices—all of which ultimately aim to make smart cities a reality.

MBC and its partners trialed the use of ATSC 3.0 broadcast signals in place of DMB and LTE wireless service on Jeju Island because Next Gen TV offers greater capacity and lower costs.

In June, MBC, Sinclair, CAST.ERA and Doosan took the next step beyond the testbed and conducted a demonstration of the technology for U.S. broadcasters in Hunt Valley, MD.

The KBS ATSC 3.0-based trial of TPEG seeks to determine the viability of Next Gen TV transmission as the successor wireless data transport mechanism to support TPEG service in the future.

Given ATSC 3.0’s more efficient use of available bandwidth, the broadcaster is keenly interested in Next Gen TV as the next step in the evolution of the service to stay in step with the evolving nature of cars.

KBS is also looking to partner with U.S. broadcasters on the evolution of these services for drivers in this country where long distances are frequently covered and a break from the boredom of hours behind the wheel will be welcome.

The broadcaster also is working Korea’s with Electronics and Telecommunications Research Institute (ETRI) in using the Jeju Island testbed to verify the advanced emergency alerting capabilities of ATSC 3.0 to assist the people in responding to events threatening public safety.

ATSC 3.0 receiver terminals have been installed on some busses and electronic signboards and in public facilities for the trial.

CAST.ERA is testing a cloud-based ATSC 3.0 solution at the Jeju Island testbed to determine the viability of virtualizing Next Gen TV signal prep with a software solution running in a general purpose server environment.

Rather than relying on all of the typical hardware components needed to prepare UHD video for ATSC 3.0 transmission, a software alternative running in a private cloud (with additional support for the public cloud) offers a solution that’s both faster and easier to deploy as well as simpler to use.

Work is underway at the testbed to evaluate how the all-in-one cloud-based ATSC 3.0 management control system might one day enable broadcasters to deploy a centralized server-based hardware alternative for a region or an entire country and distribute and control Next Gen TV via local OTA transmission, thereby optimizing system operation.
If successful, the testing could lead to a solution that saves money, reduces dependency on equipment manufacturers and enables viewers to enjoy new broadcast and improved broadcast services.

While no one could have foreseen the pandemic and its impact on travel and general economic activity when those plans were being made, RAPA has successfully responded to the challenges of COVID-19 and continued on its course to make the Jeju Island ATSC 3.0 testbed a valuable resource for the entire Next Gen TV ecosystem.

As efforts worldwide to contain the pandemic begin to pay dividends, the Jeju Island testbed stands ready to serve the needs of the larger broadcast community. By supporting this project, the Korean Ministry of Science and ICT and Korean Radio Promotion Association (RAPA) look to develop and test NextGen TV services in support to the ATSC 3.0 standard.