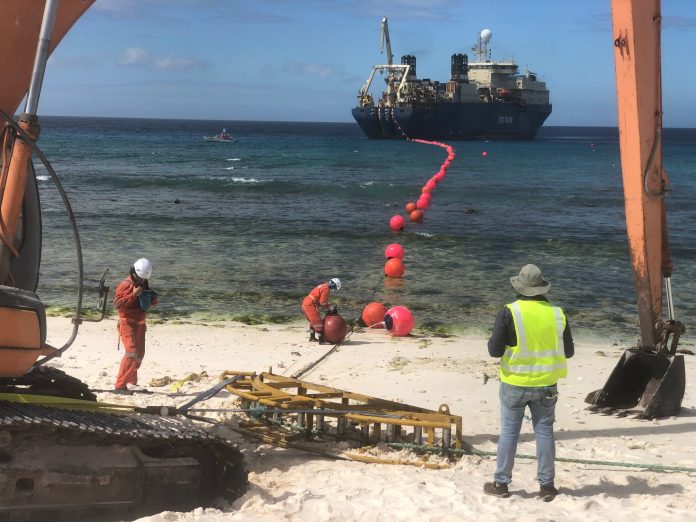 Southern Cross Cable Network (SX) has announced that it has successfully completed the marine lay portion of its new Southern Cross NEXT (SX NEXT) cable branch into Kiritimati, Kiribati. The significant milestone was celebrated also by local SX NEXT Landing Party, BwebwerikiNET Ltd (BNL) and other senior Government Ministers of Kiribati.

In a recent release by the ADB, Mr. Tarati said “Kiribati recognizes the significant impact access to high-speed and high-quality internet has on the development of a nation. Information and Communication Technologies (ICTs) have enormous potential for socio-economic development, especially in cross-sectoral development across both the private and public sectors, be it health, education, agriculture, tourism, governance, finance, disaster management, and climate change.”

The high-speed internet services are expected to be available to Kiritimati users in July 2022 when the system achieves RFS, and will be the first fibre-optic submarine cable connection for Kiribati.