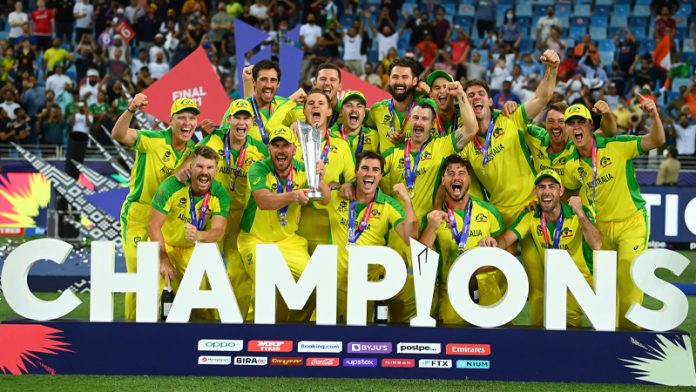 Cricket fans have rallied behind the victorious Australian mens team with the Foxtel Group announcing record-breaking viewership of the 2021 T20 World Cup across its linear and streaming platforms.

Despite timezone challenges with matches played in Dubai– which saw a host of games starting as late as 1am AEDT – there was an average audience of 263,000 watching Australian matches on Foxtel and Kayo, up 128% on the previous tournament in 2016.

The final between Australia and New Zealand in the early hours of Monday morning was the fourth highest rating T20 World Cup match of all time on subscription television with an average audience of 299,000 tuning in on Foxtel, or streaming on Kayo, Foxtel Now and Foxtel Go. A further 120,000 unique viewers caught up on the match highlights via Kayo Minis in addition to those watching on Fox Minis.

Claiming top spot in the viewership rankings was the match between Australia and the West Indies (386,000), followed by Australia vs South Africa (376,000) and Australia vs Bangladesh (346,000).

The bumper viewership indicates strong interest in cricket ahead of The Ashes, which will air live and ad break free on Fox Cricket from December 8.

“It was an incredible performance by the Aussie mens side to win their maiden T20 World Cup and pleasing to see so many proud supporters glued to the coverage back home,” he said.

“It doesn’t get any bigger than The Ashes and this recent success in the short-form of the game will no doubt generate even more buzz ahead of the summer. This series will be unmissable television on Fox Cricket.”

The Foxtel Group’s 2.4 million sport subscribers will have access to watch more than 1,300 hours of live cricket during the 2021/22 season, with every game of the Ashes and select other matches available in 4K UHD on Foxtel.