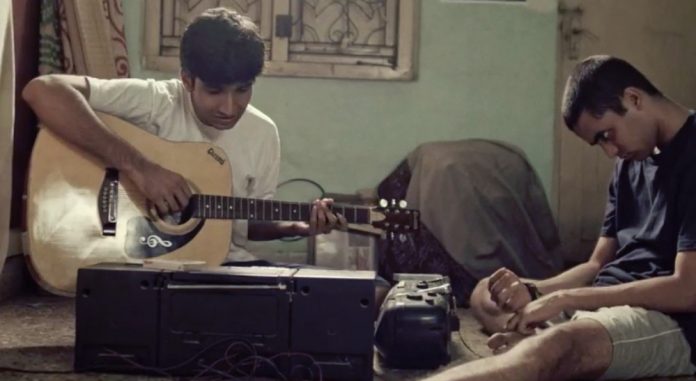 Blackmagic Design has announced that the Tamil film “Mudhal Nee Mudivum Nee” was shot entirely with the Blackmagic URSA Mini Pro 4.6K G2 digital film camera. The independent film, which has won awards in India, New York City and Macedonia, was shot by DP Sujith Sarang using the URSA Mini Pro 4.6K G2 to capture the nostalgia of high school life in the 1990s as well as pub life in 2022.

“Mudhal Nee Mudivum Nee” tells the story of a group of high school kids growing up in Chennai, Tamil Nadu and attending a strict Catholic school. The first half of the film takes place in the late 1990s and then moves into the present day where we see the same group reminiscing in a pub one night. The 2022 coming of age film was written and directed by Darbuka Siva and produced by Sameer Bharat Ram.

“With ‘Mudhal Nee Mudivum Nee’ I wanted to get a very organic look. I wanted the experience to feel as though someone is observing from close by and not to feel like watching a film. We also wanted to give the feeling of a sunny flashback to the 90s while being able to use the darkness of a group of friends at a pub for the second half. That required a camera that could let me work in both scenarios, but also be affordable since this was an independent film. The URSA Mini Pro fit perfectly,” Sarang said.

“We shot in deep south Indian locations for almost 40 days in the summer and we had a great experience with the camera. The shoot went smoothly without any setbacks or issues with the Ursa Mini Pro,” he continued.

Sarang chose the URSA Mini Pro 4.6K G2 for its high dynamic range, internal ND filters, convenient user interface, ability to use a number of different lens types and the ability to shoot in Blackmagic RAW. Sarang also relied on the camera’s lightweight design and ability to shoot handheld or on a tripod.

He explained, “As a filmmaker I love to challenge myself and try things that are out of my comfort zone. With the high dynamic range and super 35mm sensor, I could take risks and push and pull the shadow and bright parts up to certain levels. The brightest spots did not burn out and the image was very clean. And the internal ND filters were of great use and did not force me to add on external filters.”

For “Mudhal Nee Mudivum Nee,” Sarang and Siva decided to give the flashback portions of the film a less saturated and glossy look to help capture a feeling of nostalgia. Most of these scenes were shot in daylight to get consistency in the pale visual feel they were looking to achieve and were done with minimal artificial lighting. For the current day scenes in a dark pub, which took up the entire second half of the film, Sarang mostly used low lighting setups and used the URSA Mini Pro 4.6K G2’s high dynamic range to get the most out of the darkness.

Sarang explained, “I mostly shot on the native ISO of the camera, but sometimes pushed it up to 1600 ISO. There was not any noise and the camera let me push where I could shoot.”