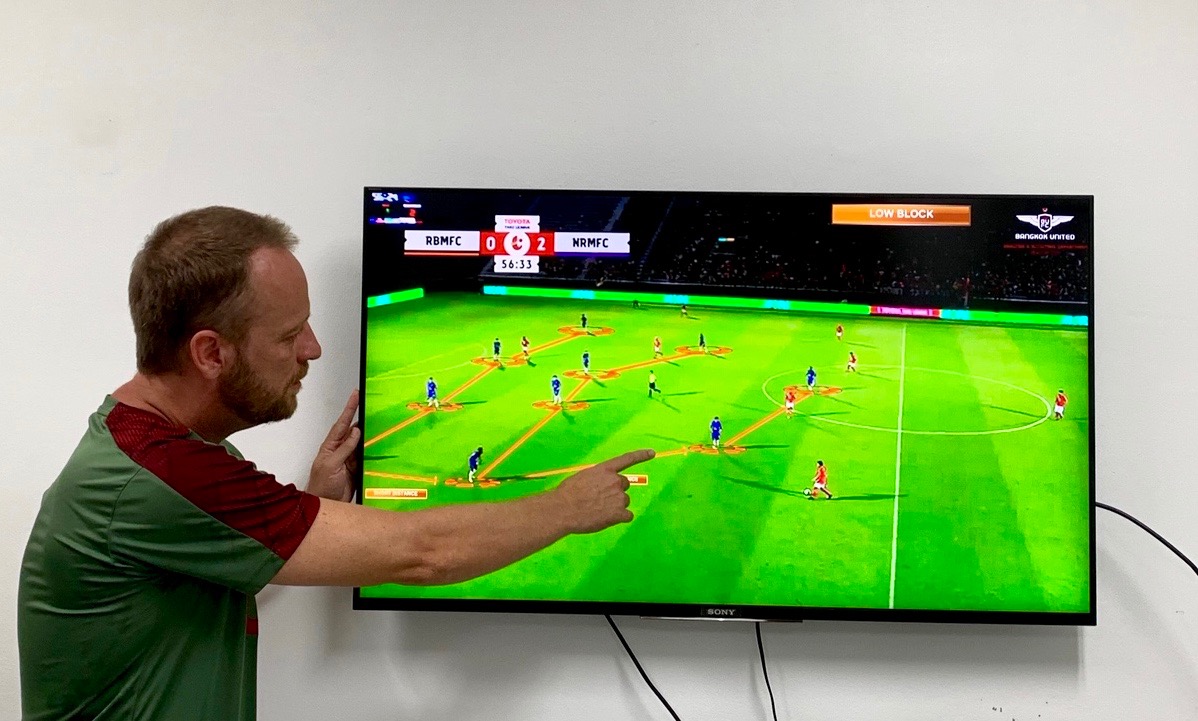 “Coach Paint is an extremely important tool in our club’s preparation processes and pregame workflows, greatly increasing our analytical perspective and the understanding of players and staff. The tool’s high-quality output and ease of use really set it apart,” said Luís Viegas, First Team football match analyst and scout, True Bangkok United F.C. “Coach Paint’s animations and high-impact graphics bring clarity to our presentations and make it easier to explain the strategy for each upcoming game. And the support of the ChyronHego team, which is always available and reachable, makes a huge difference.”

“Working with True Bangkok United has been a great experience, and their analysis staff has done an outstanding job integrating Coach Paint into their game-prep workflow. They’ve uncovered the benefits of using advanced telestration – using the same tools as live sports broadcasters such as Sky, ESPN, Fox, and more – to engage and inform players and illustrate key coaching points,” said Craig Inness, sports performance and technology specialist, ChyronHego. “At the same time, the team has provided insightful feedback for future product improvements. We look forward to working with True Bangkok United as they continue using Coach Paint in subsequent seasons.”