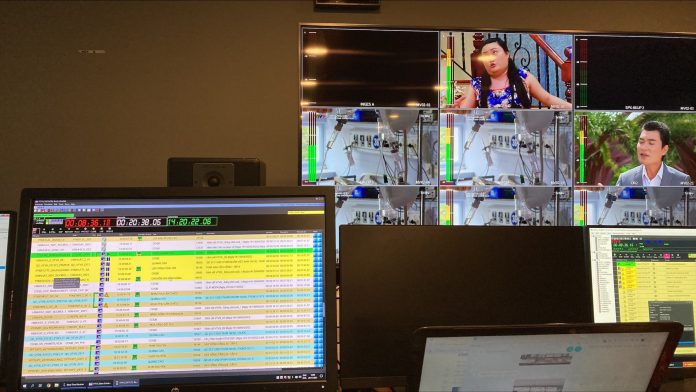 Vietnam’s national television broadcaster, VTV9, has boosted its playout and distribution efficiencies with Etere playout technology that streamlines and integrates with the end-to-end workflow including automation, graphics, master control and media asset management.

Etere has extended its long-running relationship with Vietnam’s national television broadcaster, VTV, with a fully redundant playout automation setup for VTV9. The channel screens curated content for TV viewers in Southern Vietnam. The installation helps the station to streamline its playout automation workflows and achieve new efficiencies in its daily operation. The Etere Ecosystem framework also provides opportunities for future upgrades without disruptions to the daily operations, making it a system that would match the needs of the station even as it evolves.

Pivotal to the installation is the Etere Automation which allows VTV9 to manage their playout operation with smart customization functionalities and workflow automation. In addition, Etere Automation features real-time device control for an integrated management.

Key Features of Etere Automation include:

Etere Automation is a module in the Etere Ecosystem software-defined framework which integrates and facilitates the flow of information between the different departments of a broadcaster. It is an open system that allows third-party software to be incorporated easily. Etere Automation integrates with VTV in-house software as well as its third-party master control, graphics and Media Asset Management, through the use of API. Etere also provides a high level of security and fault-tolerance to protect critical media data.