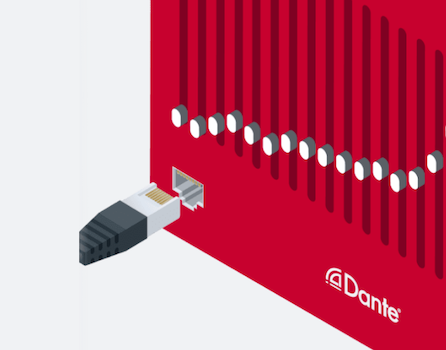 Audinate is pleased to announce the immediate availability of its Dante Virtual Soundcard software for both Mac and Windows computers, now optimised for Apple Silicon processors such as the M1, M1 Pro and M1 Max as well as the new Windows 11 operating system from Microsoft.

Dante Virtual Soundcard is software that turns a Mac or Windows computer into a Dante-powered workstation, seamlessly integrating with Dante audio devices on an Ethernet-based network. Instantly connect to record, process, and playout up to 64×64 channels using any audio application and any combination of Dante-enabled devices. Dante Virtual Soundcard now supports macOS on both Intel and Apple Silicon platforms, as well as Windows 10/11 for PCs.

“We’re very happy to announce the release of Dante Virtual Soundcard for Apple Silicon and Windows 11,” says Laurence Crew, Senior Product Manager at Audinate.  “We are dedicated to supporting our customers as the operating systems and computers they employ evolve. Dante Virtual Soundcard has been a very popular and powerful tool for countless audio professionals for a long time, and we look forward to seeing what they create with these powerful new machines and Dante.”