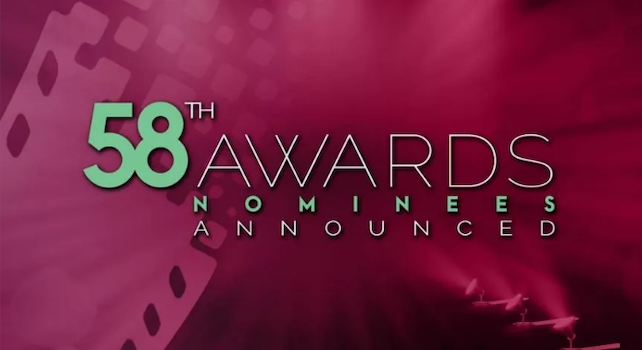 The Cinema Audio Society recently announced its nominees for the 58th Annual CAS Awards for Outstanding Achievement in Sound Mixing for 2021 in seven categories, as well as ten Outstanding Product nominees.

After a virtual event in 2021, the 58th Annual Cinema Audio Society Awards returns as a live event on Saturday, March 19, 2022 in the Wilshire Grand Ballroom at the InterContinental Los Angeles Downtown. Legendary director and producer Sir Ridley Scott will receive the Cinema Audio Society Filmmaker Award. Being honoured with the CAS Career Achievement Award is previously announced honouree re-recording sound mixer, Paul Massey CAS. Writer-actor Kristen Vangsness (Criminal Minds) will emcee the event and other presenters will be announced soon. Tickets for the 58th CAS Awards will be available via the CAS website from the 7th of February.

The CAS Award nominees are uniquely chosen by sound mixers, to celebrate excellence of the craft in the film and television industry. Hundreds of entries are reviewed and evaluated every year by experienced and accomplished CAS members who know the art and science of sound.

As previously announced, five finalists are vying for the Student Recognition Award. The winner will be announced at the awards gala. In addition, the CAS will announce its newly elected CAS Board of Directors.