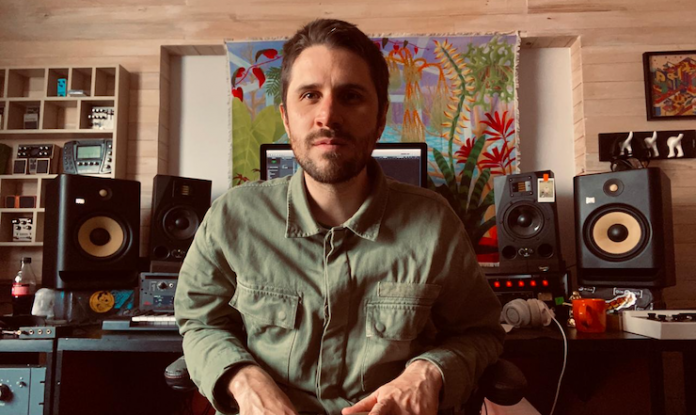 Having been raised in a very musical household, Producer, Singer, Songwriter and Guitarist Juan Pablo Vega was destined for musical greatness. After being nominated for ‘Best New Artist’ at the 2014 Latin GRAMMYs, Vega took his music career to the next level by honing in on his production skills. This dedication led him to win his first music production Latin GRAMMY award in 2016 and his first Latin GRAMMY nomination as Producer of the Year in 2019. Throughout the years, Vega has produced and/or co-written a variety of tracks and albums for high-profile Latin artists including Fonseca, Morat, Piso 21, Mike Bahía, Marc Anthony, Danny Ocean, Manuel Medrano, Monsieur Perine, Esteman, Fer Casillas, Alejandro Sanz, Debi Nova, Lasso and many more. As a longtime fan of  HYPERLINK “http://www.krkmusic.com” KRK, Vega recently upgraded from his CLASSIC 5 studio monitors to the more pro-level ROKIT 8 G4s, and he looks forward to continuing to grow alongside the brand.

“I’ve had my KRK CLASSIC 5 studio monitors for a very long time, and I still use them as reference monitors in my home studio. Even though they’re small, they have a beautiful low-end and my ears trust their sound. When I upgraded to the ROKIT 8 G4s for my new studio, I noticed the difference in the sound. The G4s have a flat and faithful tone that’s true to the music I’m producing, and they definitely stand above the competition. I also deploy the KRK Audio Tools app with my ROKIT G4s, and it’s an extremely intuitive interface that helps me get the most out of my monitors. As a producer, I need a fast and reliable solution and the KRK monitors and app give me exactly what I need. KRK is a classic brand that aligns perfectly with the motivated and creative spirit of my production workflow.”