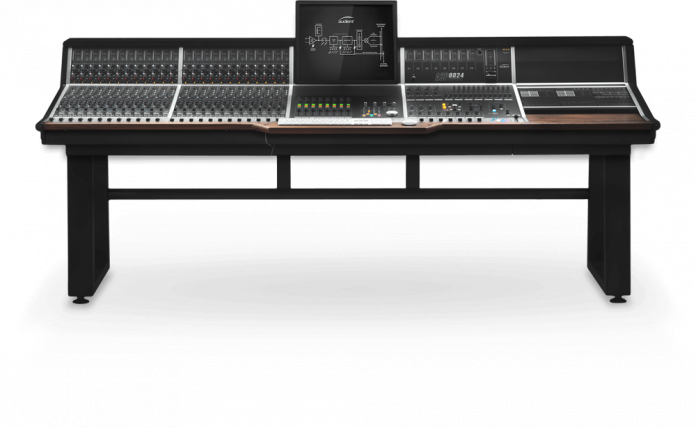 Two brand new Audient consoles have been installed at the Liverpool Institute for Performing Arts (LIPA) just in time for the new term. They are the third pair of large format Audient desks at LIPA – and the first ASP8024 Heritage Editions.

This purchase is part of phase one of a refresh of the studios, with the desks settling in very well from the get-go. “Obviously returning students feel right at home, with nothing significantly different to learn, just some great new features to explore,” says LIPA’s Head of Sound Technology, Jon Thornton.

The ASP8024-HE was designed to produce the same, smooth clean sound as the original Audient console design from 1997, with a few key improvements. Upgrades include Vintage Mix Bus processing, John Hardy Op Amps on the mix bus output, powerful new additions to the Mix Bus Compressor – and more.

Jon specified Audient desks – again – appreciating the clear, simple, intuitive yet flexible design that originally appealed 20 years ago. Since their arrival, he has been enjoying experimenting with the new features. “Obviously the ‘Retro Iron’ feature is the most obvious difference with the Heritage Edition version, and it’s far more obvious sonically than I was expecting it to be – in a good way! But it’s some of the little things I like most,” he says. “The new monitor pot is gorgeous, the reworked labelling is very clear and I love the footswitch capability for talkback.”

Each Audient ASP8024-HE console is semi-modular, offering both standard configurations and many bespoke layout possibilities. Jon took advantage of this for LIPA, ordering a deep meter bridge, keyboard bump and centre producer panel. “The options we specified tidy up the studios and position us well for the next phase of our refit,” he says.

There are already a few plans for the next phase of the LIPA studios’ refit. “We’ll be incorporating a control surface into one of the new consoles to give a ‘hybrid’ approach to tracking and mixing. Over next summer we’re planning to completely refresh the furniture, layout and interior finish of the two rooms. They are substantively the same as when we opened 26 years ago and have worn really well, but could do with a bit of updating – with the new HEs taking centre stage,” he explains.

“At the same time we’re planning to make one of the studios Atmos capable – with a focus for Atmos for music. That will then give us our second Dolby Atmos studio to meet the growing interest in this area.”

LIPA students have been learning on Audient desks for two decades now. Indeed, Jon is well-versed in using them as a teaching aid – so why do they keep coming back to Audient? “So many reasons. Firstly the desk itself is still the best thing out there for teaching at entry level – with its layout, space and logical signal path, there really isn’t anything else that competes in my view,” he says.

“And they are rugged. Our studios are in use 24/7, and the desks have no problem handling that level of use – for over a decade in the case of the last pair. Finally, the company and the people have always been super-helpful, and the relationship is maintained well beyond the initial purchase.”