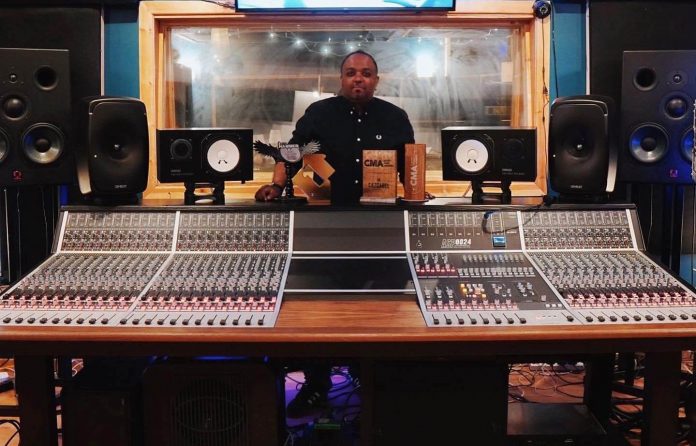 The original version of the Sam Smith and Kim Petras collaboration counts among the biggest pop songs of 2022, topping the UK singles chart on its release in September and clocking up nearly six million streams in its first week.

This Unholy remix by the Mercury-nominated Nova Twins was released on the 9th of December and takes the track into heavier rock territory. Well versed in this genre, having worked with the likes of Motörhead and Bring Me The Horizon, Romesh said he was “thrilled” to have produced and mixed the track with the South London duo, and also mix the track in his South Wales studio.

Recorded on his ASP8024-HE, Romesh is definitely loving his Audient desk, which he upgraded earlier this year. “Working on this track was very fast-paced, and being able to spread everything out on the console was amazing for constant flexibility during the session.

“I used the ASP8024-HE’s EQs across all the instrumentation on the track to shape the sound of everything being recorded into the DAW. The console’s routing makes it so easy for me to sum multiple mic blends down to one channel, which is an approach I like to do a lot. I’m a big fan of building sounds in the tracking stage rather than afterwards.

“The distortions for example are sometimes coming from lots of different sources to create one sound, so I bring them up on the small faders and I can make the blend and commit that down to one DAW channel using the bus output matrix. There really is something great about a large console and having all your sound sources right in front of you, it just makes it easy to be creative quickly and it’s been brilliant having the ASP8024-HE at the centre of my workflow.”