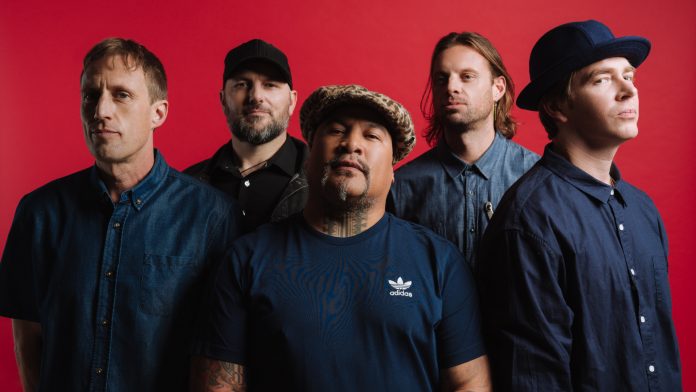 Shapeshifter, an enduring figure in New Zealand’s electronic music scene, has just released its seventh album, Rituals, recorded using a suite of audio equipment from leading audio company Sennheiser and its subsidiary Neumann.Berlin. The  act has cultivated a large following over the last three decades and is known for mixing elements of acoustic and electronic instrumentation, while looping live and pre-recorded instruments and layering them with kaleidoscopic audio textures and synth beats. During the making of Rituals, Shapeshifter relied on go-to classics such as the Neumann U 87 microphone, Sennheiser’s HD 25 monitoring headphones, and for the first time, Sennheiser’s ew 300 IEM G3 Wireless Monitoring System — which the act previously only used when performing live.

As a group of seasoned musicians, Shapeshifter had a new objective for their latest project. In the words of keyboardist, guitarist, percussionist, and producer Sam Trevethick (Sambora), “Before we started work on this album, we did a stock take and asked ourselves why we were creating new music. Was it to fulfill other people’s expectations of us? Were we trying to recreate the life we had enjoyed as a band these last few decades? That’s not us and Shapeshifter was never in the music industry for the sake of it. We no longer have to prove ourselves as a live electronic act. Rituals became a back-to-the-basics album where we refocused on the core essence of the band and recaptured the enjoyment of making music. This album is very ‘us’, from the musical themes to the lyrical themes, and we’ve really mastered this aesthetic.”

The creative approach is not cut-and-dried for Shapeshifter. The band members live in different parts of New Zealand, and tend to write and hone ideas separately, bringing them together among each member’s home studio and at their monitor engineers warehouse studio in Christchurch, which the band considers its home base and where much of Rituals originated. Due in part to this disparate writing and recording process, reliable equipment is a key consideration for the band – particularly for mixing and monitoring. Shapeshifter swears by the HD 25 monitoring headphones: “it is a staple in the studio for us. As a producer, it is so important to have the same headphones as the singer so you’re hearing the exact same things and can more easily troubleshoot during takes. We couldn’t do it in the studio without them,” says Sam. Considered an industry standard, the HD 25 is known for performing exceptionally well in loud environments thanks to high attenuation of background noise.

As a live electronic act, Shapeshifter has mastered the art of mixing live recorded instruments and vocals with computerized rhythms and audio textures. On the stage, they achieve this unique sound using their ew 300 IEM G3 monitoring system from Sennheiser which allows them to hear all of the details and nuances of each other’s performance as it happens — without being distracted by outside noise. For the making of Rituals, the band brought their IEMs into the studio for the first time.

Sam shares, “we shifted our whole live setup to the studio, and it changed our world. Using the IEM system to record allowed us to choose our own mix, adjust our mixes and hear everything we were doing with clarity. It is such a luxury to hear all of the details and nuances during recording, and it was especially eye-opening for me as a guitarist. Looking back, I can’t imagine how we did it before without the IEMs!”

While the ew 300 IEM G3 monitoring system has been succeeded by the EW IEM G4 wireless system, the band’s continued use and innovation with the system is a testament to the longevity and quality of Sennheiser equipment.

While the in-ear monitors were a new addition to the recording process for Rituals, the band made sure to bring some tried and tested equipment to the studio as well. Shapeshifter has been using the Neumann U 87 microphone since 2006, “the mic was our first studio equipment purchase, and it was the sound of our next two albums, Soulstice and The System is a Vampire,” says Sambora. The U 87 has been a staple in recording studios for over 50 years, trusted by thousands of artists for its balanced frequency response, incredibly low self-noise, and elegant design. Shapeshifter’s use of the mic has evolved over the years, “we primarily use it to add color to our tracks. If we want vocals with a lot of clarity and sparkle, the U 87 is what we use. I even have one in my home studio.” In addition to recording vocals, the U 87 was also used for the kick drum and vibraphone. With this, Shapeshifter recorded Rituals with the Neumann KM 184 for their hi-hat, a pair of U 67’s for the grand piano and drum rooms, as well as the Sennheiser MD 441-U on toms. The band also uses the Sennheiser e 604 on drums to feed back into the G3 in-ear-monitor mix for foldback monitoring.

As a band that is so focused on the nuances of its music, where so many layers of sound and sonic textures meld together to take the listener on an aural journey, it is no secret that creating high quality recordings is a priority for Shapeshifter. In Sam’s words, “a musician can’t buy the best gear and assume that their music will be great – there is a lot of hard work, and a measure of luck that goes into writing great music. When the ideas for music do come, it is imperative to honor them, and a big part of honoring those ideas is recording in high quality audio.”

Shapeshifter has no plans to slow down on the back of Rituals. Sambora reflected on the album and what is next: “The process of recording Rituals was a journey for us that was not always easy. We recorded it during COVID and got to really focus on it, so lockdown worked in our favor in a way. Now that it’s out, we’ve rebuilt our energy as a group and are excited to create new material and bring new ideas to life in the next wave of Shapeshifter.”