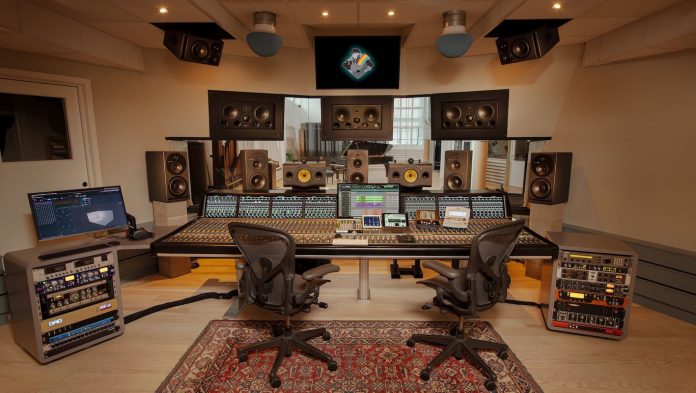 Rainbow Studio in Oslo, Norway, was founded and run by the legendary audio engineer Jan Erik Kongshaug in 1984, and whilst he has since retired, the studio is still going strong – now with Martin Abrahamsen as Studio Manager and Head Engineer. The studio remains dedicated to recording acoustic genres, including contemporary music, large ensembles and jazz.

Whilst quite a few 5.1 surround mixes have been created at Rainbow Studio, the main delivery format has been stereo. “I was first introduced to Dolby Atmos at a seminar with Morten Lindberg a few years back. Back then, Blu-ray was the distribution format. This offered similar challenges for distribution as with previous surround formats.

But when Apple launched Dolby Atmos through its Apple Music streaming services and other dominant streaming services followed shortly after, we were super excited and had no doubt that this is the way the water flows. We decided that we simply had to embrace this new immersive format,” says Abrahamsen.

“We landed on a 9.1.4 system featuring the Core series from Dynaudio. The precision, fullness and clarity of these speakers are at a level that few other manufacturers can match. So, the choice for monitoring was easy. The monitor system has been installed in collaboration with the highly skilled engineer Alf Christian Hvidsteen and calibrated to Dolby specifications by David Ziegler from Dolby Laboratories,” Abrahamsen elaborates.

Rainbow Studio is now ready for handling several different immersive workflow scenarios – Dolby Atmos mixes from scratch, as well as upmixing to Dolby Atmos from stems. Furthermore, the system has also been designed for placing elements in the three-dimensional, immersive sound space at the recording stage, which opens up  completely new and creative possibilities for the artists, composers, producers, and performers who record at Rainbow Studio.