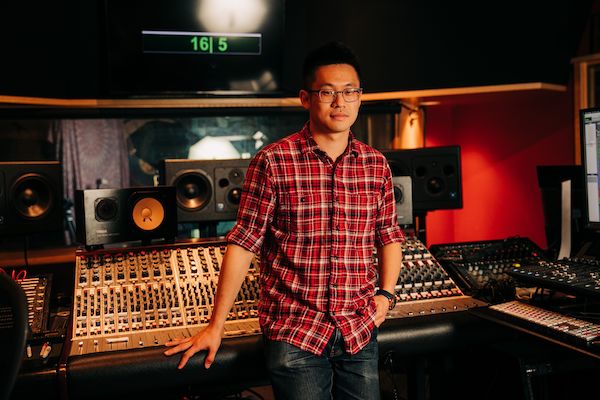 A rising star in the industry, Soya Soo has worked on high-profile films as an audio engineer at Remote Control Productions, Hans Zimmer’s Santa Monica-based studio, for recent projects like The Lion King and Dark Phoenix. Today, as an assistant studio engineer, Soo is busy recording and mixing for various film scores and video games. To keep his mixes as smooth and natural sounding as possible for clients, he regularly relies on NUGEN Audio’s Halo Upmix and Stereoizer plug-ins.

Growing up in Malaysia, Soo gravitated towards the mystery and allure of music. This curiosity led him to Berklee College of Music in Boston, where he studied music production and engineering, and put him on the path to a career in audio. “I was so amazed at how it was possible to record an entire orchestra and listen to it through my tiny headphones,” Soo says. “I always had a ton of questions about how and why, so I suppose that was the starting point for me, when I decided to become an audio engineer to find out how they did it.”

Upon graduation in 2015, Soo began his career at Remote Control Productions, where he has also worked with score recording and mixing engineer Alan Meyerson, and a long roster of other well-known audio professionals. It’s through these relationships that Soo came to know of NUGEN Audio and its portfolio of products. “As seasoned professionals, they have already faced many problems that arise with mixing,” he says. “I’m so fortunate that they share their experiences and show engineers the tricks and software that they use to help solve such issues.”

Soo often turns to NUGEN’s Stereoizer tool to work on modern film scores that incorporate synthesised audio via a computer program, which he says is becoming increasingly popular as it adds more interest to the music. However, those synthesised components offer a challenge to audio engineers seeking to blend computer programmed tracks more seamlessly with a live orchestral recording. Such was the case with his work on the score for an upcoming sci-fi action film, composed by Lorne Balfe, for which he received the orchestral recording as well as several synthesised tracks representative of the action film.

“When we mix the music in 5.1 or 7.1, we have the opportunity to put certain elements in different places, but I’m always wondering how I can do it better,” he says. “Using Stereoizer helps me make the mix sound wider so that the listener feels that same sense of space and dimension. It’s my go-to plug-in. I love that it is a frequency-based plug-in so I can keep the low-end frequency in a good place without destroying it and then just focus on the high-end frequency to make the track more exciting.”

Soo also uses NUGEN’s Halo Upmix, which he recently called on for the second season of Apple+ TV series SEE, starring Jason Momoa. “Upmix lets us fully utilise the 5.1 surround sound space, which is important because it doesn’t alter what the composers provide,” he says. “I love that once you incorporate Upmix into your workflow, you can have a better sense of the audio’s width when observing the stereo imagery.”

Overall, Soo says he’s most fond of NUGEN’s plug-ins because they don’t add colour to his mixes. “Whatever I receive from the composers, after I put the plug-ins on, the tracks still sound the same, but the plug-ins also all do a great job widening the sound. NUGEN does a good job of keeping the audio transparent and clean; the plug-ins play their role, and their purpose is clear. I just want to mix to 5.1/7.1, and NUGEN does that without destroying anything or making the elements sound crazy.”

Remote Control Productions is home to several composers who have written the scores for a variety of high-profile films including the Pirates of the Caribbean, Iron Man, Gladiator, Mission: Impossible 2, Hancock, Kingdom of Heaven, The Last Samurai, Transformers, The Da Vinci Code, The Dark Knight, Shrek, Kung Fu Panda, and Madagascar, among many others.