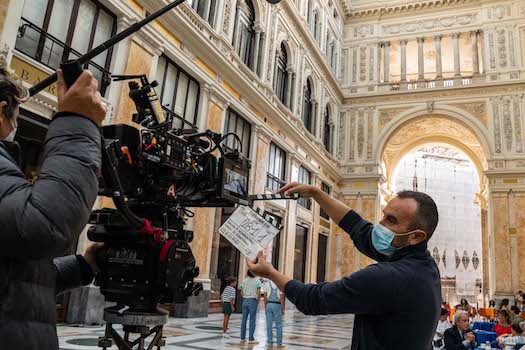 Writer and director Paolo Sorrentino’s latest film, The Hand of God, is the poetical story of a young man’s heartbreak and liberation in 1980s Naples, Italy. The story follows Fabietto, an awkward Italian teen whose life and vibrant, eccentric family are suddenly upended – first by the electrifying arrival of soccer legend Diego Maradona to play for the local team and then by a shocking accident which leaves him orphaned aged 17.

The Netflix-produced film is deeply personal for Sorrentino while universal in its themes of fate and family, sports and cinema, love and loss. 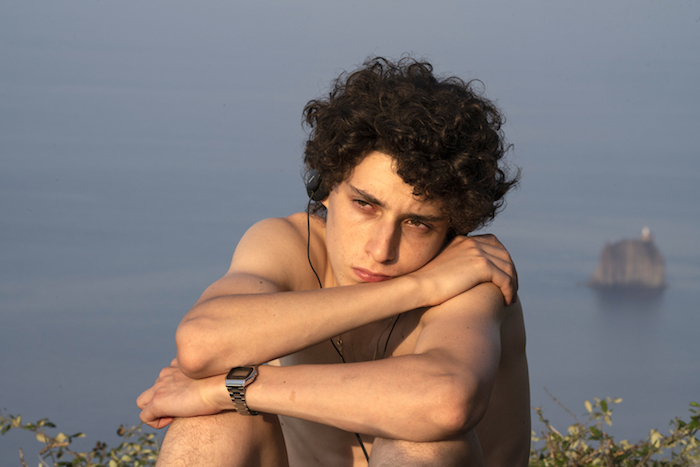 “I was very moved by his script because this is a very intimate story and the fact that Paolo thought of entrusting me with this as our first feature collaboration together really touched me,” says cinematographer Daria D’Antonio. “I felt a great responsibility for transposing and translating the emotion of the story in a cinematic way.”

D’Antonio has worked for many years as part of Sorrentino’s camera crew, including Il Divo and La Grande Bellezza (The Great Beauty). She was also the first woman to win the Globo D’Oro for Best Cinematography twice – for Marco Segato’s La Pelle dell’Orso (The Bear Skin) and Valerio Mieli’s Ricordi. The Hand of God is her debut as DP for Sorrentino after learning first hand from Sorrentino’s frequent cinematographer – and her “maestro” – Luca Bigazzi.

Sorrentino says of working with D’Antonio, “I didn’t even have to speak to her about what I wanted because she instinctively and sensitively understood that the visuals needed to be sober, to take a step back in order to leave space for the emotions.”

To film the story, the director returned to his hometown, which not coincidentally, is also where D’Antonio was born and raised. She was delighted to capture the beauty of the city. “Both Paolo and I felt this deep and affectionate connection with places in Naples. I wanted to show them the way I remember yet also be faithful to his memory.”

D’Antonio reveals that she was the same age as the film’s protagonist when he begins to discover the city. “Fabietto meets film director Antonio Capuano (Sorrentino’s real-life mentor) at the theatre, which we filmed at the same theatre I went to growing up.”

In keeping with the low-key sensibility of the film, the filmmakers decided to work with natural light as far as possible. “The concept was to have a very simple look for the film and not stress the fact that this is a set in the 1980s,” she explains. “We don’t make a feature of it any more than the costumes and set dressing give an impression of the period. We wanted to recreate truth and not do anything over the top visually.”

For this delicate portrayal, D’Antonio selected a RED camera with the MONSTRO 8K VV sensor, combined with ARRI Signature primes. It’s a camera that Sorrentino was familiar with, having used the RED WEAPON HELIUM 8K to make HBO’s The New Pope. D’Antonio had also selected RED to film her award-winning features The Bear Skin and Ricordi. “RED immediately allows me to control the images that I record,” she says. “It’s a very versatile camera, and when combined with the sensor’s ability to capture high dynamic range, it was particularly suitable for the way Paolo wanted to shoot.”

As the film’s story unfolds, the colour tones shift subtly to reflect the trajectory of the hero falling rapidly into and then rising from desolation. Sorrentino was initially tempted to use the acidic tones of the ‘80s period “to give it the feel of watching a VHS tape but Daria, who is sharper when it comes to lighting, was skeptical. I realised she was pointing me in the right direction for the story.”

D’Antonio recalls talking with Sorrentino about “making the first part of the film vivid” and then as Fabietto’s happiness fades, “the colours fade as well, only to come back to vivid life at the end.”

For the more muted and desaturated portion of the film, D’Antonio worked with DIT Marco Palmieri and colorist Andrea Orsini at Rome’s Grande Mela Digital Film.

Another key aesthetic decision was to reign in the director’s typically swirling camerawork for something much quieter and unfussy. There are very few Steadicam or handheld shots.

“It’s a camera that listens,” she says. “The camera is invisible. My aim was to always respect the sensitive nature of the story, always to focus on the people and the emotion of the scene. We wanted to capture very particular moments, and to avoid large-scale visual constructions in which such moments might get lost.”

Yet the scene in which Fabietto enjoys a summer lunch with his family at a country house, languishing over overflowing plates of food, was filmed with four DSMC2 MONSTROS. “It was shot almost like an action movie. The scene has 15 actors and there’s lots of crisscrossing dialogue. Paolo wanted the drama to have the pace of a comedy or action film, so he wanted a lot of coverage. Plus, we shot outdoors over several days with the weather changing. Multiple cameras helped give us continuity in the edit.”

Scenes set in Fabietto’s apartment were filmed in the apartment just a floor below where Sorrentino actually grew up with his family. This proved particularly challenging because of the small space in which to work. “The main issue was the low ceiling which allowed for very little beyond basic composition,” D’Antonio says, “but the apartment was lit with this beautiful early morning light through the windows. That light hasn’t changed since Paolo lived there. It was just a hint of memory we could use.”

Despite the responsibility she felt of carrying Sorrentino’s personal story to screen, he told her he was very happy with the result. “It was what he wanted it to be,” she says.

The duo is already working together on their next feature production, Mob Girl, starring Jennifer Lawrence.

The Hand of God is now streaming on Netflix.