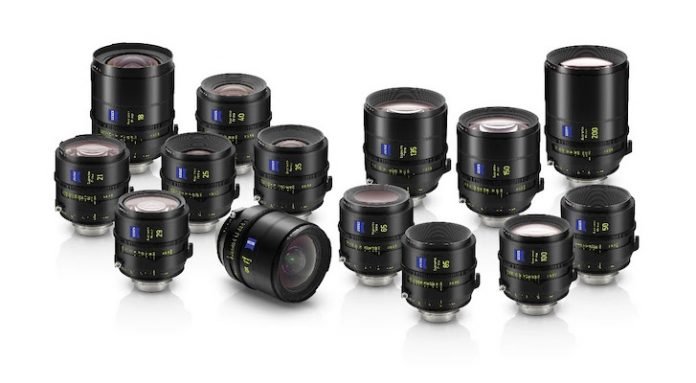 ZEISS is introducing its latest cine lens, the ZEISS Supreme Prime 15 mm T1.8, completing the family of highly successful Supreme Prime lenses known for its outstanding quality, light weight, and a versatile look. With its 14-piece high-end cine lens series ranging from 15 to 200 mm and a maximum aperture of T1.5 to T2.2, ZEISS covers a full range of focal lengths in demand by cinematographers from around the world. The new 15 mm lens rounds out the lineup providing an extremely wide-angle view and a maximum aperture of T1.8. “This 15 mm lens is the final piece of the puzzle that many cinematographers have been waiting for,” reported Christophe Casenave, responsible for cinematography products at ZEISS.

Suitable for a wide range of uses

The ZEISS Supreme Primes cover a wide range of camera sensors. Thanks to their broad compatibility with current camera models, such as the Sony Venice, the ARRI Alexa (Mini) LF, or the RED Monstro, and their high-quality workmanship and rugged design, Supreme Primes can be used in a wide variety of situations. “Super 35 cameras remain extremely popular. By adding the 15 millimetre lens, we are now making the Supreme Primes even more attractive to all users, providing greater creativity when using Super 35 or Full Frame cameras and more,” Casenave continued.

The cinematic look provided by the lens family, which features a subtle and gradual focus fall-off and a consistently warm and soft bokeh, comes into its own when used for feature film and high-end episodic production. For example, cinematographers Armin Franzen and David Higgs, BSC, relied on the ZEISS Supreme Prime lens family for the upcoming 3rd season of the Sky series ‘Das Boot’. Supreme Primes were also used to shoot the science fiction adventure ‘The Adam Project’ (Tobias Schliessler, ASC) and the sequel ‘Knives Out 2’ (Steve Yedlin, ASC) – both Netflix productions. Award-winning cinematographer Dick Pope, BSC also relied on the Supremes for the thriller ‘The Outfit’.