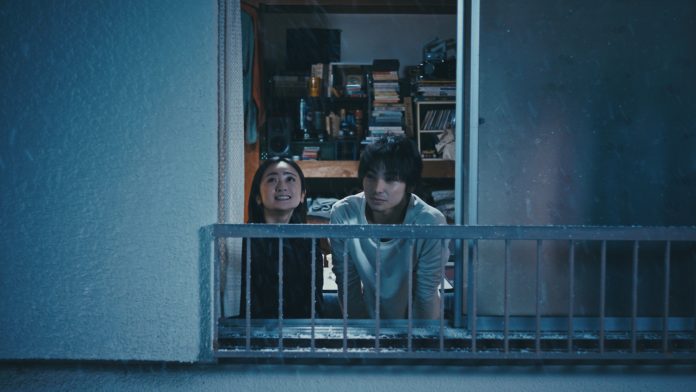 ‘Iki wo Hisomete’ consists of eight episodes, is directed by Ryutaro Nakagawa and stars many of Japan’s top actors. This heartwarming omnibus drama series from Hulu has aired since April 23rd and depicts life and relationships of people living near Japan’s Tamagawa River during Covid‑19 time in 2020.

The series, which was shot and posted during Japan’s Covid quarantine, used Blackmagic URSA Mini Pro G2 cameras as their main cameras. Senzo Ueno, the director of photography of this series, said: “I mostly used only one camera and sometimes I used another URSA Mini Pro 4.6K G2. I chose the G2 because it has a wide range of latitude. The series is a rather quiet story, so I kept camera movement to a minimum and used natural light as much as possible.”

Editing was done by Genta Tamaki of Interceptor Inc. using DaVinci Resolve Studio. “The studio and my home are connected via VPN and I have direct access to the data base server in the studio from my home. When I work alone, I edited at home with my M1 Mac Book Pro and a DaVinci Resolve Speed Editor. When I edited at the studio with the director attending the editing session, it was a simple workflow. I opened the same project I had worked on and continued editing using DaVinci Resolve Editor Keyboard,” said Tamaki.

“DaVinci Resolve lets you sync video and audio in a second if timecode is in sync. I asked the production crew to embed metadata, such as scene and take number in audio. Once video and audio material arrived to me, I synchronised video and audio in the Media page of DaVinci Resolve. Then the metadata embedded in audio linked to video as well, which means preparation for edit was done with a single button click. It was so efficient as I could start editing right away and it also means reducing post production cost. DaVinci is more powerful than the other NLEs in this aspect.”

“From offline to finishing, the post process was basically done in DaVinci Resolve Studio,” said Dai Sano, a producer from SPOON inc. “After Tamaki’s editing, we graded the footage at the post house IMAGICA. The workflow was really seamless and it was so easy to go back to editing as we used DaVinci throughout the post process. For example, we needed to shoot some extra shots after editing was finished. My colourist could easily edit the additional shots during a grading session, which was so efficient.”

Using DaVinci Resolve Studio as the main post tool also give them some security for the online and finishing process. “Editing on Resolve was useful to judge if some shots really worked in some scenes. We had a missing shot so I needed to use another shot, which had an actor’s face lit with bright light, in a dark room scene. I test graded the shot with DaVinci Resolve using the DaVinci Resolve Advanced Panel in my studio during an editing session. If I had used a different NLE, I couldn’t be so confident it would be the same result, however, since we used DaVinci Resolve for both offline edit and grading, I could make sure even rough grading could match the colour of shots at acceptable levels so it could be a better result at the real grading session,” said Tamaki.

Sano added: “There is a 10 minute scene shot on a river beach. It was shot at magic hour so the sunlight kept changing moment by moment while shooting. When I looked at the shot with a LUT on, I worried that the shots wouldn’t match at all. Then Tamaki test graded the sequence which gave me a great sense of security to go ahead. It was great that we could do test grading during offline editing.”

The series required SDR and HDR versions to be delivered. Senzo, who attended the grading session, said: “The director wanted the tone of video and movie which I posted in my Instagram, which is rather matte and pictorial. For that kind of tone, too much latitude is not really necessary, and I purposely crushed some detail so it didn’t show too much. So, when I heard that we would make it in HDR, I was a bit skeptical about the necessity of an HDR version. However, I was surprised when I saw the graded result from DaVinci. The tone that I aimed for was still there, while more subtle detail and solidity of subject capture by G2 were increased. There are many scenes of morning sun and sunset. Seeing them in HDR was stunning and they were really nice images.”

“We used Blackmagic products from shooting to post production, which went very smooth without any trouble. Also, many of our production staff use DaVinci Resolve as the free version is available. I appreciate Blackmagic allows anyone to use such tools and keep it updated constantly,” Sano concluded.