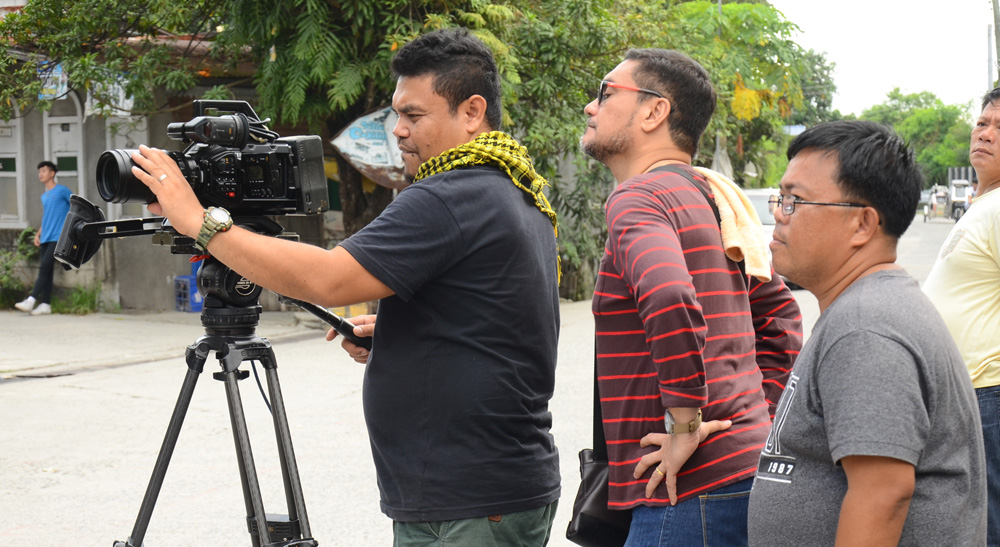 Blackmagic Design has announced that hit Philippines show “Magkaagaw” was shot with the company’s URSA Mini Pro 4.6K G2 in conjunction with with Blackmagic’s ATEM Television Studio Pro HD. Directed by Gil Tejada Jr., the soap opera airs on the Philippines GMA Network every day Monday through Saturday and has already completed nearly 100 episodes since its premiere.

“Magkaagaw” is a story of love, lust, power and revenge and stars Sheryl Cruz, Alfred Vargas, Sunshine Dizon, Klea Pineda and Jeric Gonzales. The show, which premiered on October 21, 2019 on the GMA 7 channel, has quickly grown to become one of the GMA Network’s top rated shows.

With the show, Gil Tejada, one of the Philippines’ most experienced TV directors having worked on more than 35 shows since 1996, was faced with shooting 96 episodes in a short amount of time on a tight budget.

“Shooting a series here is completely different to what western shows have to do. Budget and time are always top considerations, and we don’t get much time to prepare since we have a broadcast date to beat once the cameras start to grind,” Tejada said. “You have to be creative, resourceful and resilient. Especially in a show like this where we are shooting 35 to 40 sequences a day, go to air six times per week and create a product that is the same high quality as any other show around the globe.”

For “Magkaagaw,” Tejada envisioned a look that mixed the traditional look of a soap opera but with a movie like texture that was more glossy and with vivid colour.

“I needed cameras that shot high quality film looks, that could ISO record, record multitrack audio, have interchangeable lenses I could change from zoom to primes, come with an intercom for me to communicate camera operators and the assistant director. And easily work with a switcher. The URSA Mini Pro G2 gave us all of this,” he said. “We needed versatile as well as small cameras to be able to set up and shoot fast so that we could meet the network’s mandate of global competitiveness in mind.”

“As the series is being shot on location we almost always color correct or select specific looks beforehand. The DP, technical director and myself used the camera’s built-in colour temperature settings, tint and specific light colour temperatures to create night and day palettes,” Tejada said.

Tejada continued: “For the opening sequence of the show we shot on location in Cebu City, a thousand kilometers south of Manila. It was a wedding scene set in early ‘90’s, and I visualised the exchange of the couple’s ‘I dos’ at magic hour, situated on a hilly vast garden overlooking the cityscape.

“I was nervous since at 5pm we were just starting the set up and the sun started to move down very fast. My DP immediately positioned two cameras facing the skyline to capture the blue sky, and the third cam was in a zoom to capture the details of the wedding in progress. In 15 minutes, we managed to shoot the reverse and several inserts, and finished the entire sequence in less than an hour. Having the smaller URSA Mini Pro cameras was a big advantage and they were able to capture the beautiful and romantic scene we envisioned during pre production.”

“In my personal capacity as a director I always wanted to look for something that might improve my creativity using available technologies. This past June I first saw the URSA Mini Pro G2 and was impressed by its credentials. It was small but packed with goodies and technologies you find on a much, much expensive competitors, including different gradient ND filters available, which are very useful to address the different exterior lighting conditions.”