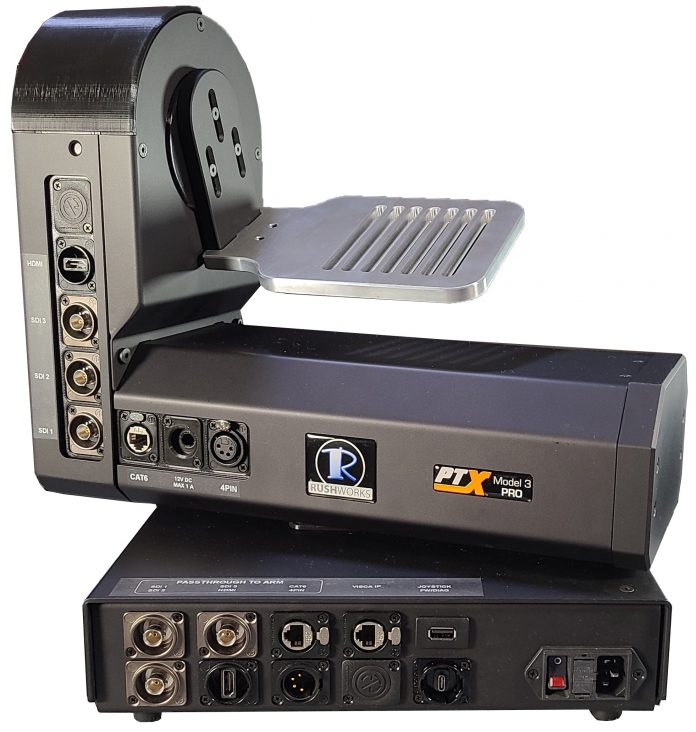 RUSHWORKS recently announced the release of the PTX Model 3 PRO, the most recent, agile, and powerful unit in its line of robotic pan/tilt heads. Rush Beesley, RUSHWORKS founder and president, provided details about the kit from company headquarters in Flower Mound, Texas.

“Although the challenges were significant in trying to build a sophisticated new product during this extended supply shortage, we’re finally ready to ship,” says Beesley. “The end result is everything we hoped it would be and more – a real cool head.”

The PTX Model 3 PRO provides whisper-quiet operation with enough payload capacity to support most cameras and lenses. It features natural start/stop motion ramps for both presets and joystick manipulation and is controlled using VISCA over IP for compatibility with dozens of current hardware and software controllers.

At 19.5kg, the unit has the mass required to easily manage large payloads, with the torque generated by two large stepper motors to do the heavy lifting. The PTX Model 3 PRO easily accommodates Blackmagic’s entire camera line: the Studio Camera, the Pocket Cinema Camera and the URSA family of production and cinema cameras, as well as other large form factor cameras like the Canon C models, Lumix Box Cinema, Red, Arri and Sony FX line.

“The PTX Model 3 PRO release will be followed closely by our next-gen BABYZOOMER, which also uses VISCA over IP commands to control zoom, iris or focus on a wide variety of manual zoom lenses. This combination will support naming, saving and recalling multiple presets for pan, tilt and zoom,” Beesley said.