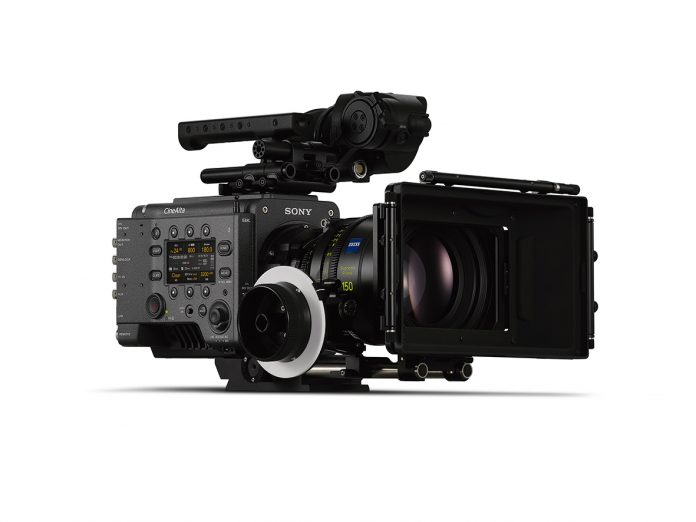 With the introduction of its new HDC-3200, Sony says it is building out its portfolio and filling in the gaps with a more affordable 4K system, ensuring users have an option that provides everything they need, without paying for capabilities that aren’t required. The HDC-3200 is a fiber based, cost-effective system camera that shares many of the features common to Sony’s HDC-series including a 2/3” type 3CMOS image sensor with global shutter, 4K and HDR and support for numerous signal formats. The HDC-3200 is compatible with the existing lineup of Sony viewfinders, large lens adapters and IP transmission systems. It is planned to be available in May 2022.

Sony is also introducing two new large lens adaptors, the HDLA-3505 and HDLA-3501. The robust HDLA-3505 can be used with the HDVF-EL70 and HDVF-EL75. It has an LCD panel that allows for assignable settings at the press of a button and simple monitoring via SDI Input. The HDLA-3501 complements the new HDC-3200, providing a cost-effective 4K system. It is designed to operate with the HDVF-L750 viewfinder and enables easy access to the camera head while supporting rear panel operation. Both options offer Sony systems cableless interface and instant attachment to and detachment from the camera. It is planned to be available in June 2022.

In addition, Sony’s PVM-X series 4K, HDR monitors available in 18-, 24- and 32-inch sizes, will see new enhancements with the Version 4.0 firmware release scheduled for August 2022. New features include two new optional licenses to support signal conversion and 3D LUT Output. Timecode and audio output capabilities will also be added to the enhanced monitor output. The firmware will also feature in monitor display, parallel remote and chroma up as well as support for closed captioning.

With cinematic storytelling on the rise, the VENICE CineAlta camera is continuing to see action in feature films, sports, and live multicam productions.

Thanks to the success of the original VENICE, Sony has expanded its Cinema Line with the introduction of the flagship VENICE 2 camera. The VENICE 2 features a new 8.6K full-frame CMOS image sensor, internal X-OCN and 4K Apple ProRes 4444 and 422 HQ recording with a smaller body. It has an impressive 16 stops of dynamic range, extreme low light capability, highlights that roll-off, and natural skin tones. In addition, the VENICE 2 has a Dual Base ISO of 800/3200, 8 stops of built-in ND filters, and is now shipping.

The HDC-F5500 system camera with Super 35mm 4K CMOS global shutter image sensor also enables creative expression with a cinematic look. Featuring shallow depth of field, high frame rate capability of 4K 120fps, and the ability to seamlessly systemise with other Sony system cameras, it has been used on marquee sporting events and the most influential motion picture and music awards events, among others.

In addition, Sony’s flagship PXW-Z750 4K HDR shoulder-mount camcorder, which will be on display at NAB, has been embraced by the reality community. It was recently selected by CBS’s Emmy Award-winning Survivor, one of reality television’s longest running and most celebrated programs, alongside additional models including the FX6, for a total of nearly 50 of Sony’s cameras. Sony’s technologies have been an intrinsic part of Survivor’s production from the start, as they’ve adopted new formats and resolutions. Now, the PXW-Z750 will play a pivotal role in their HDR-ready production of Season 43, which is planned to debut in the fall.

Connecting and Managing Networks Through the Power of IP

Virtual production has transformed the worlds of broadcast and cinema by offering new ways to bring the virtual and physical worlds together in real-time. This revolutionary technology combines cinema cameras, LED displays, and game engine technology to increase freedom, flexibility, and efficiency on set.

Sony’s Crystal LED B-series has been custom designed for virtual production. The B-series is scalable, available in a 1.26 or 1.58 mm pixel pitch, and allows productions to build LED volumes to the size and resolution that meets their needs. With incredible brightness, each panel features the anti-reflection coating, 170-degree wide viewing angle, and a wide colour gamut.

Combined with the Sony VENICE camera series, these groundbreaking technologies allow content creators to enjoy consistently accurate and flexible colour matching between the camera and wall and incredible resolution and dynamic range that creates realistic images.

To better serve the virtual production community and other emerging markets such as eSports, Sony recently launched a dedicated group that brings together the expertise and resources from across Sony’s imaging business to help identify and solve customer needs, while developing new standards.

Additionally, Hawk-Eye has introduced the first iteration of its new solution, Hawk-Eye Replay, a product suite that serves as a high-performance, cost-effective, remote clipping, replay and highlights solution. Following the success of ‘Every Shot Every Hole’, Hawk-Eye’s award-winning golf production technology, this new offering combines with the company’s optical tracking and data platforms to create a powerful production solution.