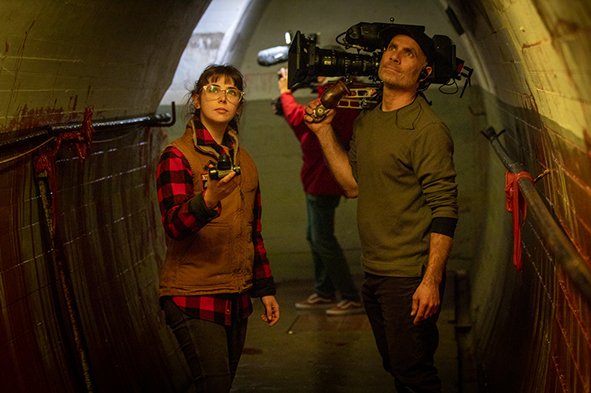 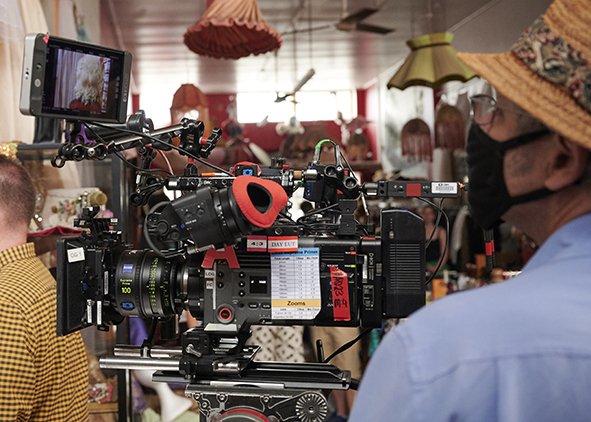 Sony says there is “huge demand” for its Sony VENICE full-frame digital cinema cameras across Australia and New Zealand rental companies Lemac, in Australia, and ImageZone, in New Zealand, reporting the cameras have been flying off the shelves.

Lemac MD Sue Greenshields explained the camera’s success saying, “The market is often after the most affordable, most capable camera and at this current time the VENICE ticks a lot of boxes. The VENICE’s versatility is key. It is capable of shooting in a wide range of formats and delivers phenomenal latitude, incredible colour rendition and this is all in a relatively compact unit that fits easily into the workflow of large-scale productions.”

None of the camera’s features or success are a coincidence according to Greenshields who continued, “Sony developed the VENICE in conjunction with feedback from countless cinematographers to ensure they got the features right in this camera. Lemac was fortunate enough to be involved in testing and feedback on the first Venice prototype in Australia. That collaboration shows in unique features such as the Rialto extension system that gives unparalleled flexibility for mounting the system in almost any situation and the internal ND filter system offering a world-first 8 steps of filtration.”

Greenshields added, “The VENICE is also appealing in versality to a wide range of users. They are very popular on longform at the moment. Cameras have also been sold to clients for productions encompassing TVC and wildlife cinematography through to corporate production. Our rentals department has recently had up to eight camera production units at one time on the Disney Amazon series The Wilds S2. This series has recently completed production in Queensland. Bad Mothers was the first drama to shoot on VENICE cameras in Australia and the camera’s popularity has grown rapidly since then. It was the camera of choice recently on the impressive ABC production of Wakefield and The Dollhouse feature Seriously Red. Many other productions are also currently filming with our support on VENICE in Australia. These include CJZ series Darby and Joan, Hoodlum/Stan feature film Christmas on the Farm and the ABC series Troppo.

It’s a similar story for ImageZone in New Zealand as rental manager Stephen Baker explained, “We started looking at full frame cameras and decided to host an evening highlighting all the models and full frame glass that was available at the time. Sony came onboard, sent us a VENICE to look at and told us what was coming in future firmware upgrades. At that point we realised this camera could be a game-changer and we wanted in. Dean Thomas, ImageZone’s owner, felt the VENICE was the perfect camera for the companies leading the streaming market including Netflix, Amazon, Disney and Apple who request original footage to be 4K. The VENICE ticked this box and had the trump card of being a full frame camera. It wasn’t long before we had our first overseas production, Amazon’s The Wilds, who did indeed want to shoot on the VENICE and so we required 2-3 cameras in order to supply this production.”

Baker continued, “The VENICE has the ability to shoot in 6K full frame, or super sample down to 4K yet still use the full frame sensor for that full frame look without the 6K files. Also, for a full frame camera it has the best off-speed capabilities, which is a big plus. The dual recording function of being able to shoot on both AXSM cards and SxS cards is another clever and practical application and both DoPs and ACs tell us having the broad range of internal NDs is a real advantage in the real world of making movies.”

Baker said, “There have also been a number of commercial shoots that have used the VENICE, one in particular an anti-smoking campaign from a pet dog’s POV, in which the Rialto head was incredibly useful. Cinematographers have really embraced the large format, full frame look, and the VENICE is perfect for that. With its Rialto head the VENICE enables cinematographers to get the camera into some really tight spaces.”

He concluded, “One of the big questions DoPs had when the VENICE first came along was if its colour science was comparable to the industry standard cameras they were familiar with. The general consensus has been yes, yes it is! Whilst it obviously has a different colour science, the feedback is that the camera has a fantastic dynamic range, rich colours and great contrast. The dual ISO ability is also something that has impressed many DOPs especially when shooting in low light environments. ACs like the easy-to-use menu system and having the ability to access functions on the AC side of the camera. All in all, as we predicted, the Sony VENICE is a true gamechanger.”

Sony VENICE, supplied by ImageZone, in use on the set of Wellington Paranormal.