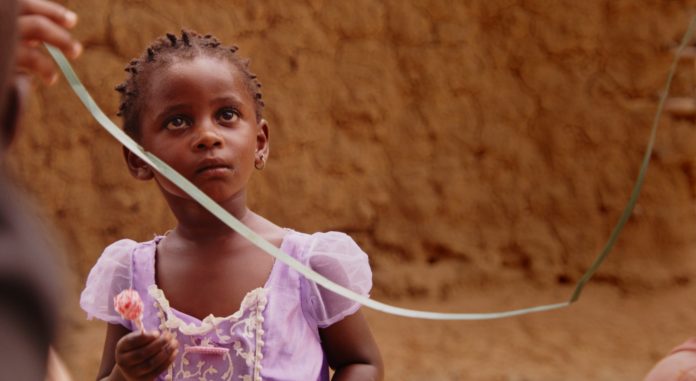 Blackmagic Design recently announced Uphill Cinema used URSA Mini Pro 12K to shoot commercials for Joot Inc. and the DotDot Dream clothing company. The camera was also used to shoot Grant Victory Cares, a feature length documentary shot in Kenya looking at the impact of Covid-19 on the country and its citizens.

Uphill Cinema is a US based production company that provides both production and post production for films, documentaries, commercials and corporate videos. Award winning DP Levi Whitney heads up the company and began using the URSA Mini Pro 12K in September of 2020 after years of working with other Blackmagic Design cameras and DaVinci Resolve Studio software.

“I am looking to inspire change and laughter, and to help people stay informed. I want to talk about the uphill climb it took to achieve the success,” Whitney said. “The URSA Mini Pro 12K absolutely has let me do that with story driven content that I can provide in high quality and affordably. The 12K has a look that is for me is amazing. It doesn’t have a digital look, or overly sharp unless you want that, because it can give that to you. It has been vital for my career and creative freedom.”

Whitney’s first project shot on the URSA Mini Pro 12K camera was a series of nature videos in California and the Pacific Northwest where he tested the camera’s ability to shoot on the road and capture details in natural lighting. From there, Uphill was hired to shoot a commercial and launch video for Joot Inc., a visual AI software company based out of Utah, and then a commercial to launch Utah based DotDot Dream’s new DreamFit line of products. In between, he traveled to Kenya to shoot a full length documentary for the Grant Victory Cares charity organisation.

For the Joot commercial spots, the client asked Whitney to keep the look and feel natural and simple. Capturing Joot’s CEO and staff at work, the spot was shot run and gun style as Whitney followed Joot staff as they moved in a corporate setting. Whitney shot the commercial in 12K and 8K, using the camera’s dual card to record in Blackmagic RAW, allowing him to get 120fps in 8K and 75fps in 12K at 2.4.1.

“Joot had sent me some photo references they had seen from another commercial and I took those and went location scouting. They wanted a simple look too, meaning no crazy color grades and no more than two looks,” Whitney said. “The URSA Mini Pro 12K gave me everything I needed to easily meet the vision the client had. The sensor is amazing, and there’s a lot to the features. I loved the fact that I could do my own audio, have good internal ND filters, frame rates with no cropping and an easy to use user interface that didn’t force me to go through menu after menu.”

Traveling to Kenya during Covid with few resources available due to quarantines, Whitney was faced with having to be entirely self sufficient and had to rely on his production gear to be completely reliable. He traveled and shot in remote villages, interviewing people to show how they were working and living through Covid.

“I shot 90 percent of the doc in 12K and the nonprofit used 12K RAW stills pulled from the footage for artwork in their office. The film was also delivered in 4K and shown on a 60 foot screen, which down samples the footage to 2K. The footage all looked great,” he continued.

For the documentary’s shots not done in 12K, which included the film’s slow motion scenes, Whitney shot in 8K, 6K and 4K to manage his memory cards.

“12K on these last two projects, Joot and Kenya, have made a huge difference and having 12K is a massive bonus. The ability to punch in and reframe, the ability to have an insane amount of frame rates, and no cropping! I also took the 12K to the African heat of 115 degrees, to the cold of Utah and wet rivers of Washington all within a couple of months of ownership of the 12K, and it has performed flawlessly,” he said.

“Oh, and did I mention all of the footage edited perfectly on an $800 Mac Mini with the M1 chip using Resolve! The 12K is a beast of a camera and is a perfect tool for me and my productions. Overall, the URSA Mini Pro 12K has been amazing, and really a fantastic purchase for me. It really is one of those cameras, can’t find too many flaws in it,” he finished.